Weak turnout but no surprise on primary day

Here are the figures on today's primaries.  Democratic turnout was less than 21% with most of the tallies in and the Republican vote was lower than that in Hudson County, just over 16%.

The winners are not in doubt (in red) with North Bergen State Senator Nick Sacco drawing almost 90% of the vote and more than 9,000 votes.

State Senator Brian Stack, unopposed in the 33rd District leads with over 13,00 votes.

In the Assembly race, Stack's picks draw a far weaker 9,900 and 9,000 votes between Carmelo Garcia and Raj Mukherji respectively.

More results at the jump:

This is a big week for Hoboken. Here's a snapshot on the issues.

Flood Pump: The pre-application for a second flood pump has been submitted to the NJ Environmental Infrastructure Trust fund.

1600 Park: The City received a $200,000 grant from the US Soccer Foundation for the field to be turfed, which is fortunate because it will cost more than anticipated to install the lights due to the soft soil conditions revealed by recent boring tests.

The process of installing the lights is extremely delicate because the drilling will take place within 2 feet of a water main and 4 feet of a gas line. We are also working with PSEG to have the electricity rerouted so a large crane can install the pipes.

Even though we received the grant, the City Council must approved a change order and an emergency appropriation so we can access the grant. Since this ultimately will not cost Hoboken taxpayers any additional money, I am confident the Council will vote on Wednesday to get this important project done. Here's a memo on all the change orders for this project: www.hobokennj.org/docs/mayor/Memo-Zimmer-Council-6-3-13.pdf.

Southwest Park: This Wednesday, the Council will be asked to approve a higher offer for Block 12, the one-acre anchor property for a larger Southwest Park. As part of the ongoing litigation process, the City felt it was necessary to update the 2011 appraisal on which the previous offer was based. The increased offer reflects the fair market value based on the new up-to-date appraisal.

County budget hearing in Hoboken: The proposed County budget includes a significant increase to Hoboken's county tax. The increase is due both to the State-mandated formula used to allocate each municipality's share of the total tax burden and also to a five percent increase in the overall County tax levy.

While Hoboken's municipal tax levy has been reduced by 10 percent over the past 4 years, the County levy has increased by almost 20 percent during the same period. This year's budget includes a 5 percent increase.

Hoboken residents should take advantage of this opportunity to learn about the County budget and respectfully express their opinions on this issue. This meeting is happening thanks to a joint request by Weehawken Mayor Turner, Secaucus Mayor Gonnelli and me. Thank you to Councilman Mello for suggesting the idea, and thank you to the County and the Freeholders for giving Hoboken residents this opportunity. The hearings start at 6:00pm on Thursday, June 6 in the Council Chambers at City Hall. Afterwards, members of the public will each have 5 minutes to speak.

Traffic signal at Jackson & Newark: The County plans to complete its installation of the traffic light at Jackson Street and Newark Street by the end of June. This is expected to improve circulation into Hoboken by providing a green left turn phase for cars turning onto Jackson Street. The previous changes made to lower Jackson Street have reduced accidents by nearly half compared to before on-street parking was added. Active evaluation of this intersection and area will continue after the light is installed to determine if additional changes need to be made.

Post-Sandy Grant workshop for business by the EDA: Local businesses are eligible for grants up to $50,000. The State Economic Development Authority will be in Hoboken to explain the process and answer all questions. All businesses impacted by Sandy are encouraged to attend the workshop on June 11 at 5:00pm in the basement floor conference room in City Hall. For questions, call 1-855-SANDY-BZ.

CDBG Grants Available for Homeowners: Online FAQ’s are available to answer questions for grant programs (up to $150,000) available to homeowners: http://renewjerseystronger.org/rrem/frequently-asked-questions-for-rrem/ and http://renewjerseystronger.org/resettlement/frequently-asked-questions-about-the-resettlement-program/. For questions, call 1-855-726-3946. We are working on setting up a similar workshop for residents.

Primary Election today - just do it! 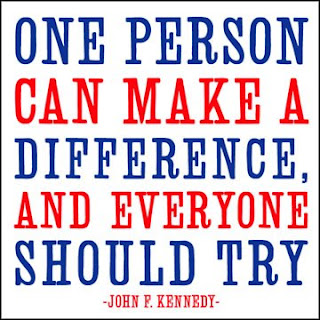 Chris Halleron on the passing of a national music institution - Maxwell's

Chris Halleron is a Hoboken resident and this story originally appeared on his website chrishalleron.com before finding its way here as Guest of the Stable. 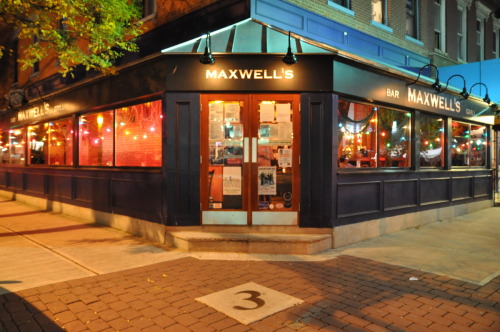 Snotty Brooklynite Hipster: “Y’know, Hoboken is nothing but a homogenized, flavorless suburban enclave full of yuppies and strollers.”

Checkmate. That argument has now been taken off the table.

With the breaking news of its impending demise, I’ll sit here and eulogize Maxwell’s—along with a number of post-post-post collegiate current and former Hoboken residents—because it’s a pretty big blow to the community. In my 15-year Hoboken tenure I’ve seen a lot places come and go—a fair amount of sh!tholes, but a few gems. Maxwell’s is more than a gem, it’s a cornerstone… and now it’s being removed.

It’s not the first major change to hit Hoboken. I imagine the Lenape Indians were equally, if not more pissed off when the Dutch moved in and tore down the first Wigwam. “Ah man—that was Ockanickon’s old joint. We used to have some pretty sweet drum circles down there.” Fact is times change, and places change along with them—sometimes for the better, and sometimes they turn into a Buffalo Wild Wings with a bouncy castle nursery back where the stage used to be.

Over the next few weeks you’ll hear a lot about Maxwell’s being “an institution,” and none of it is hyperbole. With an amazing bar and restaurant, coupled with one of the more intimate venues in the New York Metro Area, Maxwell’s is Hoboken’s mullet—business in front, party in the back. The guestbook includes Sonic Youth, Nirvana, Springsteen, The Pogues, The Feelies, Red Hot Chili Peppers, R.E.M, and so on. But while these names are all impressive, they arguably play second fiddle to the dining room’s legendary chicken potpie.

Yet like many in Hoboken, Maxwell’s has simply grown weary. The town has become noisy, competitive, pushy or even downright obnoxious—and that’s just the parking situation. As noted by manager and co-owner Todd Abramson in his interview with The Star-Ledger’s Tris McCall, “The culture in Hoboken is driven by TV now. A lot of the bars downtown are fighting with each other for who has the most giant TVs. That’s what Hoboken nightlife has become.”

If you don’t have chicken wings, Bud Light Platinum and wall-to-wall plasma, then you’re simply not going to cut it. Business decisions are made based on market conditions. If the market dictates that cookie-cutter sells, then that’s what you end up with.

And that’s the shame of it all. I can sit here and gripe about it, but it is what it is. Beyond some absurd Schindler’s List notion that, “I could have [drank] more,” there’s not much anyone can do about it. I’m looking down the barrel at 40 and spent last weekend drinking beer in my backyard while my kid chased my dog around. If I’m the Maxwell’s demographic—too old to actually get out and enjoy it, so I sit home and wax nostalgic on the internet, then go to bed—I guess a change may do them good.
Whether Hoboken has outgrown Maxwell’s or Maxwell’s has outgrown Hoboken will be the subject of some debate around here.

Ob-la-di, ob-la-da, as they say. Or perhaps more befitting a New Jersey institution, “It’s a town full of losers and I’m pulling out of here to win…” 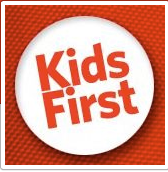 KIDS FIRST 2013 HOBOKEN BOARD OF EDUCATION CANDIDATES
Like over 500 other school districts in New Jersey, the Hoboken Board of Education elections have been moved to November, however, the deadline for submitting petitions for the race is Tuesday, June 4th.
Leon Gold and Irene Sobolov, both incumbents, will once again run on a “Kids First” ticket along with Jennifer Evans.
Leon Gold has served since 2010 and currently holds the position of Board President. Dr. Gold has a Ph.D. in Human Factors from Stevens Institute of Technology and currently teaches at Columbia University.
Irene Sobolov was unanimously appointed to the Board in December 2009 before successfully running for the position in 2010. Mrs. Sobolov, who holds a Master's degree in Urban Planning, has been involved in community service in Hoboken since she was a young teenager. As a district parent, she continues to sit on both the Wallace School and the Hoboken High School PTO.
Ms. Evans is a parent of two young children, a kindergartner in Brandt School and one entering public preschool in September. She is a parent representative and Secretary of the Hoboken Early Childhood Advisory Council, an active member of the Brandt and District-wide PTOs and a frequent attendee at the monthly Hoboken BOE meetings.  Ms. Evans holds a Master of Classical Studies and has worked in the field of Market Research.
All three candidates are dedicated to the children of Hoboken and look forward to continuing the progress seen in the Hoboken Public Schools over the last three years.

Talking Ed Note: Today is the primary for the November elections. For many, it will be the only true opportunity to send any message at the polls.  Just do it!
Posted by SmartyJones at Tuesday, June 04, 2013
Kids First announces 2013 BoE election slate
2013-06-04T09:03:00-04:00
SmartyJones
Comments