In this day and age, no one is staffed for every problem or has all the resources and more importantly the right answers to engage the increasing complexity of business communications and marketing. Phobos Communications brings innovative, out of the box solutions tailored to get results - whether it's a real world marketing solution with impact or an online presence engaging the audience you're seeking.

An uptown review of the Monarch Case from residents close to the legal case:

Judge Arre granted Shipyard’s motion for summary judgment and held that Shipyard has the right to have its application heard before the Hoboken Planning Board.   He relied on the case of Toll Brothers, Inc. v Board of Chosen Freeholders for the proposition that a developer’s agreement is not an independent contract, but rather is tethered to the underlying resolution granting approval (that "resolution" is the original 1996 Hoboken Planning Board Resolution Approving the entire Shipyard Complex.).  While the facts in "Toll Brothers" are distinguishable from those in our case (in Toll Brothers the developer had drastically reduced the scope of the proposed development and forcing the developer to pay for off tract improvements based on the project’s size before its reduction would be unfair and in violation of land use law), Judge Arre ruled that the principles enunciated in that case are applicable to this matter.  Judge Arre read his decision into the record and the written version should be available next week. 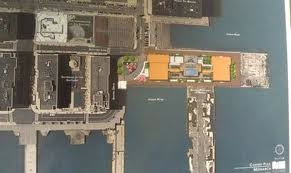