Better late than never, the word is that a band of Carmelo Garcia's finest have arrived on the scene to protest at the Sky Club.

Word is there are several dozen Carmelitos and they are demanding the Sky Club be turned over to them immediately or Carmelo Garcia will come down and order Tim Occhipinti to have the police empty the building.

Okay, well the last part is only farce but the several dozen Carmelitos are actually true.

Here's exclusive video from a Sky Club resident of the protest.  Of the approximately 4,000 HHA residents, we have a rather small, tepid band of Carmelitos.

Talking Ed Note: Was there $40 per protestor distributed first causing the delay?

Carmelitos' HHA protest fizzles out at the Sky Club 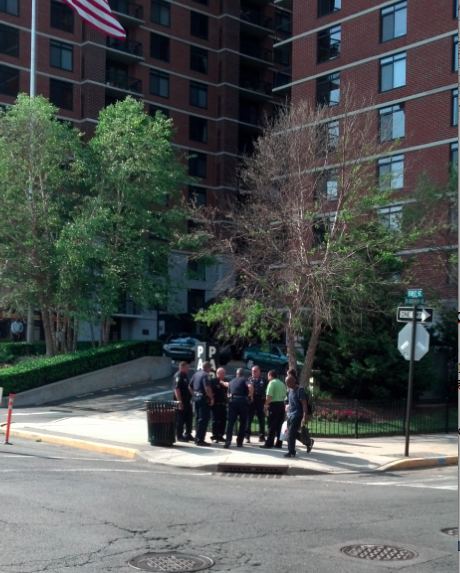 The scene at the Sky Club about an hour into the scheduled Hoboken Housing Authority protest shows zero protestors and a number of Hoboken police on the scene.

Not a Carmelito was stirring not even anonymouse?

Who pulled the plug on Carmelo Garcia's protest? Was it Boss Brian Stack?

"Carmelitos" plan on protesting at Sky Club at 5:00 PM today

Based on a story by the Old Guard friendly Hudson Reporter, a group of HHA residents will be holding a protest at the SkyClub at 5:00 pm later today.

The protest is against the "political hijacking" of the Hoboken Housing Authority's Board according to the story.  Reform oriented members currently hold four of the seven seats and under former chairman Jake Stuiver efforts looked to rotate new professionals for legal counsel and auditor.

The attempt to do so outside of Executive Director Carmelo Garcia's insistence no such change occur became an almost year long struggle with current legal counsel Charles Daglian failing to win approval on a new contract after five attempts.

The attempt by the HHA board to exert its authority over its contractor in the form of Garcia has led to wild meetings with screaming and chanting to defend the HHA Executive Director's unilateral powers to appoint - powers negotiated in a contract by Daglian who said he did so on behalf of the HHA board.

The underlying protest appears to be driven by the rejection of the undocumented Vision 20/20 plan.  Garcia attempted to ram it through the City Council after midnight last month but was met with resistance by the reform council members who said they had not seen anything presented to them (documentation) in a plan.  One council member, Ravi Bhalla called Garcia "a snake oil salesman" stating he didn't even believe there was a written plan.

After recent council meetings where a presentation was permitted, the Old Guard council members Beth Mason, Michael Russo, Terry Castellano and Timmy Occhipinti tried to force through approvals for a "letter of need," and a PILOT (tax abatement) for one of more than a dozen buildings for a new HHA overhaul.

When that failed and reform members departed after midnight, the Hoboken Sopranos took over the meeting and attempted to illegally pass an approval even after being told they had no legal number of council members to do so.

Councilman Michael Russo added in racist charges in both meetings on Vision 20/20 and was challenged for living in a segregated PILOTed building, a series of buildings which is the base of Russo clan support. (Church Towers.)  Many observers complain the Russo family controls who moves into the building.  Even though the list for entering Church Towers has been closed for years, Russo's in-laws were admitted several years back along with others who sold their homes locally, sometimes for severn figures then jumping to the head of the list.

Garcia according to today's report, says the protest is sponsored by a HHA tenants group.  While not directly claiming responsibility for the protest, some observers anticipate that among the thousands of HHA residents, the same small group of rabble rousers dubbed "Carmelitos" will be making much of the noise.


Talking Ed Note: MSV last Wednesday challenged Beth Mason and her Hoboken Soprano allies to produce a redevelopment plan for Vision 20/20.  Also noted at the meeting is the terms laid out in Garcia's own Vision 20/20 brochure had not been followed.

All four of the Old Guard Council members, Ruben Ramos and his council slate along with their political operatives have insisted Vision 20/20 be approved - even without any official plan presented to any major approving authority in the City.

Tonight the Carmelitos will try to make everyone forget that unfortunate fact.

UPDATE: No protest has taken place.  Some speculate that Union City Mayor Brian Stack caught wind of it and thought it a disaster ordering Carmelo Garcia to stop it before it happened.

STATEMENT FROM MAYOR ZIMMER ON ADOPTION OF 2013 BUDGET

“Last night the Hoboken City Council adopted our 2013 budget. I am very proud that my Administration has reduced municipal taxes by approximately 10 percent since 2009, despite the financial upheaval that has caused property taxes to increase in many other New Jersey municipalities. While I do not agree with the City Council's choice to defer important projects, this is an excellent budget consistent with the budget my Administration introduced in March. A special thank you to Council President Cunningham for his statesmanship and Budget Chair Giattino for leading the budget process to a successful completion.” 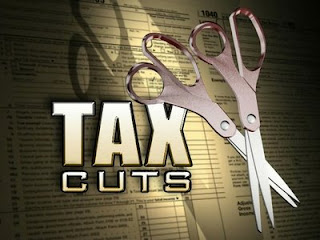 Last night's budget hearing hearing held little drama.  More of the usual attempts at a gotcha moment by Councilman Michael Russo who thought he had his golden moment when he said insurance costs to the City were $400K more than the year prior, not the $1.5 million quoted by the Administration.

Shown where the other $1.1 million in insurance costs resided ended his effort but not the Old Guard noise that followed as Tim Occhipinti pretended refusing to pay 900K in terminal leave to retiring members of the fire department members was a noble poison pill to force into the budget rather than pay over five years as allowed by State law.  Lots of misinformation by the bucket load with prepared remarks by Councilwoman Terry Castellano followed with mythology about the mayor's introduced budget raising taxes.

Councilwoman Jen Giattino corrected the record, not for the first time on that obvious fabrication.

After a less than dramatic 7-1 vote passing the budget amendment concluded the council meeting, one  question from behind the dais barrier was posed to Tim Occhipinti on his 2015 campaign expenditures.  Grafix Avenger had charted the receipt and expenditures leaving many questions unanswered, namely is Occhipinti running a "Birdsall" scam collecting numerous small donations unidentified from nefarious donors below the $300 threshold?

Occhipinti who has never handled questions well, relied on a scripted binder of answers he read from in a 2010 debate at the Jubilee Center.  He didn't like the one question posed on his campaign finances last night either.

At first, he ignored the simple question.  As the question is clearly heard from four feet away, Michael Russo makes a weak attempt to distract but the question is asked again as Occhipinti walks down the aisle.

So the question is asked again.  Occhipinti continues to refuse to address the question turning suddenly with a "face injection" then says without an ounce of sincerity "I'm sorry."  This is met in the mostly empty chambers with much laughter by the Old Guard crew in the back: Michele "five-bucks-a-tow" Russo, Beth Mason political operative Matt Calicchio and Michael Russo.

Out the council chamber door Tim Occhipinti goes.  MSV follows asking the simple question again.  Occhipinti pivots and makes a threatening sticking his face in inches away and says, "Why are you getting in my face?"

The matter of fact reply, "You're getting in my face" as the camera keeps rolling showing exactly that.

Occhipinti decides leaving City Hall is not the way to end the Q&A and makes a plea to the police officer to help him.  The question on campaign finances is repeated again.  Then he threatens to file charges over the one simple question asked.  Occhipinti claims MSV is not a reporter and tells the police officer to ask for "credentials."  MSV informs the officer no such thing is required to ask a question of an elected official.

He's gone through thousands of dollars, mostly from unnamed "secret" donors and there's no campaign in sight.


Do you think Tim Occhipinti is hiding other Birdsall type donor monies beneath the radar?


Talking Ed Note: Neither Beth Mason nor Tim Occhipinti have a shred of respect for the First Amendment and surely this NJ story won't help either.  Frankly, it's embarrassing people such as this hold public office.

Hoboken's Old Guard hates sunlight.  Prefers to keep censored news on Hoboken411 sponsored by Beth Mason or the Mason Media complex media who "play ball." When something bad surfaces they go into hiding until the questions are not asked. Or as in the SLAPP suit last summer, the obvious question on Beth Mason's role is never asked.


Related: Some background on the NJ legal system on who holds the rights of a journalist.  To people like Beth Mason and Tim Occhipinti who look at the First Amendment as tissue paper, this is a most unwelcome development.

They can't even handle a simple question.