While it's a mundane humdrum day here in horsey land, our reform anti-corruption colleague Grafix Avenger announced she will be attending a special event this evening. It's the big shindig for new mayor Steve Fulop of Jersey City.

Guess it pays to have friends in high places. As for horses, they don't make the list. At least Grafix Avenger's good friend and Fulop adviser Tom Bertoli has determined she's a Very Important Person.

Which just goes to show, when you are the best satirist in all of northern New Jersey, you get all the attention and big invitations to the big dance.

A Hoboken farm animal, not so much.


Talking Ed Note: Wishing Jersey City Mayor Steve Fulop all the best with the job ahead.

In a stunning turnaround this morning, the sentencing hearing for former Hoboken IT manager who was expected to see a reduction in the 15 years he was originally charged - completely fell apart when a disagreement over his restitution emerged canceling this morning's hearing.

Federal plea deals are typically agreed upon in advance of any sentencing date. The cancellation of Ricciardi's hearing is sure to put the whole Data Theft Ring Conspiracy front and center in Hoboken as residents await further developments.

Based on a Jersey Journal story at his plea hearing, Ricciardi should have seen the 15 year sentence he was facing reduced to at most five years reportedly for his cooperation in the investigation.

That plea agreement is now completely up in the air (if this restitution issue is part of a larger problem).

Mayor Dawn Zimmer had been on hand to deliver a statement.  She had been invited by federal law enforcement officials to comment before the sentence was issued as her office had been ransacked of its electronic communications for a year and a half going back to early 2010.


In April 2011, Council members Beth Mason and Michael Russo who were temporarily the majority at the time, sponsored a resolution seeking all the emails between the mayor's office and a list of local media.  Atop the list were three pro-reform anti-corruption websites: the Hoboken Journal, Grafix Avenger and MSV.

That coincidence has never been explained although MSV has repeatedly put questions to Beth Mason and Michael Russo in City Council meetings.  While Michael Russo has never answered the questions, even leaving the dais to escape the opportunity, Beth Mason has given contradictory answers in public telling MSV after a July 1, 2011 council meeting to a question if she had seen any of the illicit emails responded,  "I never saw yours." (GA posted a timeline of events.)

An attorney familiar with the case but not a party in the matter described the upheaval saying this was bad news for Patrick Ricciardi.  "Ricciardi comes from this place of entitlement.  He's acting on the idea he'll do what he wants to do (outside of the terms in the plea deal). This is part of his inherent hubris."

A new hearing date is reportedly set for July 29th.

Talking Ed Note: The US Attorney's Office in Newark just got another up close example of Hoboken Old Guard arrogance first hand. Patrick Ricciardi has ties to senior officials in Hoboken including city officials in City Hall, police, fire among others.  He also hosted private meetings with a secret visitor in the form of Perry Klaussen of Hoboken411 in his obscure third floor office before his arrest.

When Ricciardi filmed City Council meetings in 2011 and earlier, he was seen running the live blog of Hoboken411 who is virulently anti-Administration and known for writing a litany of lies on anything and everything concerning the City's governance.

Birds of a feather and all. 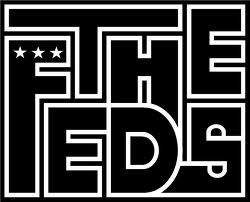 Time of reckoning and a changing of the guard

Monday officially enters the second half of 2013 bringing the July 4th holiday and the unofficial summer  season. For some it will be a momentous day, for others the beginning of closure and the changing of the guard.


Patrick Ricciardi, former IT manager at City Hall will be sentenced this morning for his part in the massive Data Theft Conspiracy Ring.


The rest of this story is MSV subscriber content.