Welcome back to the Boys of Summer from the FBI

It was an odd day as Da Horsey decided not to put up a story about helicopters since everyone else is infatuated with those critters flying around our skies like so many mosquitoes.  Buzz, buzz, buzz.

Then Da Horsey got buzzed right here by our friends from the Boys of Summer.  Did you know the summer classic will be at Citi Field this year?  It will be quite the event for Major League Baseball and make many in the area nostalgic for boys of summer past.

Here in Hoboken of course the Hoboken Sopranos and Old Guard play different kinds of games.  Grifting games, legal games, Vision 20/20 construction ripoff games, gamesmanship of every variety just not the bats and balls kind. Of course Hoboken may be the nation's all time leader in governmental electronic data hijacking.  Who came up with the idea to install that archive file in the mayor's office anyway?  Da Horsey promises we won't tell anyone until the indictment.

Did you know that just yesterday Horsey gave directions from the PATH to people from LA looking to visit the Cake Boss?  Hoboken is becoming quite famous.  Imagine if visitors all across the nation would visit the famous bakery and then go across the street to see the exhibit on the biggest local government hijacking of data in the whole country?  The mayor would probably dedicate it to the FBI Cyber Division - as well she should! 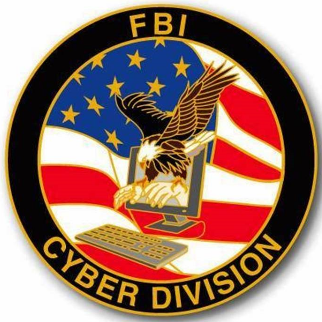 Well no one may have told you but Horsey did a little story on some of your colleagues working on the Hoboken case.  You're probably really busy running down terrorists and Chinese hackers looking to pick up some patents while trolling on the internets but Da Horsey is really happy you stopped by, even if the visit is nothing more than a bot sent out on a stroll.  Hi Bot!  We're sure it's all just a big coincidence.

Hey, do you know how Horsey can get an autographed picture of Ralph Marra?  He is a true Italian American Hoboken hero.  His father came to Hoboken from Italy in 1930. We love and miss him. Both Ralph Marra and Chris Christie shared a special love for Hoboken and Hudson County.

Have you heard Hoboken really wants to feel the love again?  We even have a Facebook page, "We Love the FBI in Hoboken" with over 100 of your biggest fans.

Talking Ed Note: MSV would like to thank all the tireless protectors of the Republic especially the Boys of Summer who sacrifice so much individually along with their families to protect us from enemies foreign and domestic.