In a Hoboken press conference across the street from an event where Rite Aid announced it would allow promotion of the Obamacare plan in its stores, US Senate Candidate Steve Lonegan slammed Obamacare saying the individual mandate's implementation should be delayed as it has for employers and doing so would save taxpayers $35 billion in a single year.

"The Obamacare plan is a failed plan... and an unfair system," Lonegan stated adding it was detrimental to the economy.

Lonegan also criticized President Obama and his rival Mayor Cory Booker on Syria, the former for refusing to say he'd accept the outcome of a congressional vote on attacking Syria the later for what he described as flip flopping.

"The entire country should be up in arms," Lonegan said if President Obama bombs Syria without congressional support. Doing so he said "is an impeachable offense."

Asked what should NJ voters do about Rite Aid working with the federal government on rolling out Obamacare, Lonegan criticized the alliance of "big business combined with big government," saying consumers should not be forced to buy anything just as they aren't forced to purchase an iPhone or Viagra.

Lonegan also said there's been no response in over a month to his OPRA request to the City of Newark for the expense information of Mayor Cory Booker and his staff when they've traveled the country on speaking engagements.

Booker earlier this year said he donated most of his seven figure speaking fees in recent years to charity but recent tax information shows the amount to be in the area of $150,000.

Here's video of Lonegan's remarks where he emphasized many company retirement plans were dumping their former employees into Obamacare. 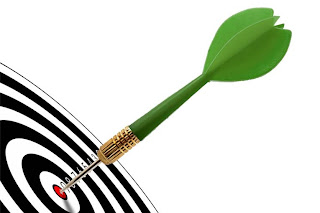 Both ads and sponsored content are viable options to reach the large, affluent audience in Hoboken engaged on MSV.