The Hoboken Zoning Board with multiple openings is a focus leading into 2014.  At last Wednesday's council meeting, City Council President Peter Cunningham announced an open house this Wednesday in council chambers at City Hall where applicants can discuss their applications/background with members of the City Council.

The work by the council in December will likely see Hoboken Zoning Board appointments at the first 2014 City Council meeting scheduled Tuesday, January 7th.


Hoboken City Council Seeks Applicants to Fill Vacancies on the Zoning Board of Adjustment at January 7th Meeting for Terms Beginning January 1, 2014.

The Hoboken City Council, the sole appointing authority for the Zoning Board of Adjustment (ZBA), seeks to fill five regular vacancies and four possible alternate vacancies at its January 7th meeting, to serve as a Commissioner of the Hoboken Board of Zoning Adjustment.  Applicants who would like to be considered by the Council for one of these seats must submit a notarized application to the City Clerk no later than December 30, 2013.

Prior applicants may be considered at the discretion of Council Members unless such applicants withdraw from consideration by notifying the City Clerk.  Applications may be downloaded from the City’s website,
http://hobokennj.org/docs/board/application_for_appointment_to_boards_and_commissions.pdf
or requested in the City Clerk’s office during regular business hours. 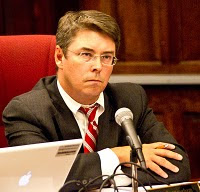