Sign of the times: End of days for the Old Guard council 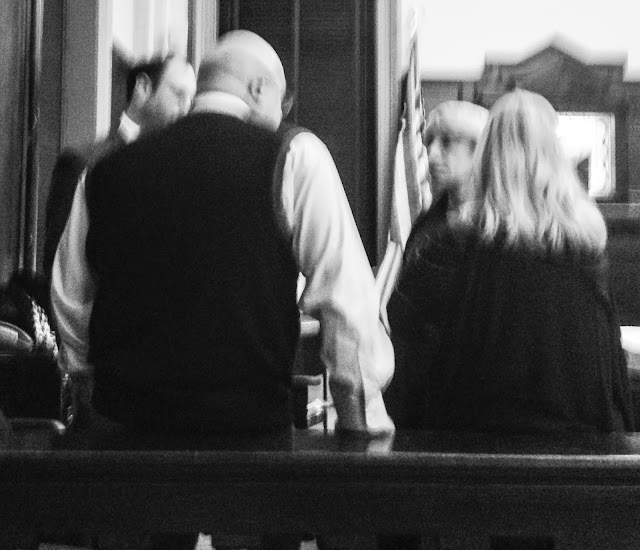 The time is neigh for the Old Guard council as Timmy Occhipinti, Michael Russo, Beth Mason and Terry Castellano gathered briefly before the last City Council meeting.  The obstruction blocking the seating of a ninth member will end officially on January 4th when councilman-elect Jim Doyle is sworn in bringing a full nine members to act.
There's one final council meeting left for the year.

MSV alerted Cryan who declined comment and Da Horsey attempted to speak to the alleged authors of the letter but received no response.  It's post election but the Hoboken waters remain murky and swampy.  Of note and a likely tell, all local media in the email were contacted with MSV listed first sans Hoboken411.