Four arrests made in murder of Hoboken resident Dustin Friedland

9:15 am
CBS reported on the scene of one of the arrests in Irvington. Four suspects are in custody and a press conference is minutes from beginning on most of the major TV networks. 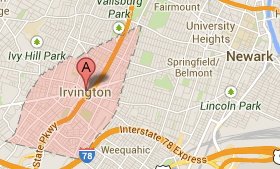 Dustin Friedland lived in Hoboken with his wife and was murdered at the scene of a carjacking at the Short Hills Mall. The car was found in Newark the next day.
The names of the four suspects have not been released pending a press conference.
Ted Sherman of the Star Ledger filed this early morning news report:
http://www.nj.com/essex/index.ssf/2013/12/arrests_made_in_connection_to_fatal_shooting_outside_short_hills_mall.html#incart_m-rpt-1


News conference with Essex County Prosecutor Carolyn Murray. Names were not released in the four arrests made by multiple law enforcement agencies between 9:00 pm and 3:00 am this morning.
Three arrests were made at the homes of three suspects and one suspect at a Pennsylvania hotel.

Update: 10:30 am
The four suspects arrested in the murder according to Ted Sherman's updated Star Ledger story:
The four, were identified as Karif Ford, 31, Basim Henry, 32, Kevin Roberts, 35, all of Newark, and Hanif Thompson, 29, of Irvington. All were being held at the Essex County Correctional Facility on $2 million bail each.
Thompson was taken into custody at his home in Irvington. Ford and Roberts were arrested in Newark. Henry was arrested, by an FBI task force, at a hotel in Easton, Pa., said Anthony Ambrose, chief of detectives for the Essex County Prosecutor's Office. He said the arrests began around 9 p.m. Friday and concluded at about 3 a.m. today.

All four men have been charged with murder, felony murder carjacking conspiracy and weapons possession...