Today was not going to be an ordinary day. There were some telltale indicators but sharing that with the 'darksiders' as Grafix Avenger endearingly calls them isn't in the cards.

Today GA announced news of a cyber attack and the culprit is most definitely not her cat.

She issued a public notice "anyone in possession of materials obtained illegally" will face prosecution to the fullest extent of the law. 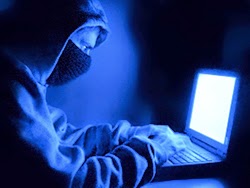 The hacker decided to quite literally interject in revealing themselves while she was writing a legal motion against the Hoboken SLAPP suit.

Wonder what is so scary about that Grafix Avenger legal motion for the hacker to expose themselves and run naked through her living room in the middle of the day yelling "Stop that right now!" figuratively speaking?

Let's just say the timing is nothing short of fascinating as Star Trek's Spock might say and answers may be available peering through the Locke, stock and barrel if one elects to connect the dots. 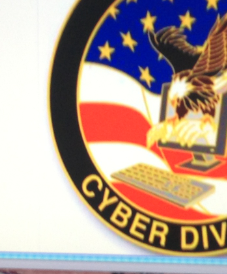 It's a good time to review your internet security. Once your personal privacy is compromised, you will not know what data is accessed, reviewed, watched and/or collected. Worse, the intruder can compromise all your documents, email and anything else indefinitely without your knowledge.

Until of course they decide to suddenly pop out of your closet, re: your internet connection and quite literally seize a Microsoft Word document you are writing an important legal motion opposing a politically inspired SLAPP suit.

The War on Speech in Hoboken has taken a dramatically new and dangerous turn for the worse.