What happens when you "mess" with Vision 20/20 and "politicians"


MSV has previously written of evidence of direct threats made against Hoboken resident Jessica Coco. There's more to that story. 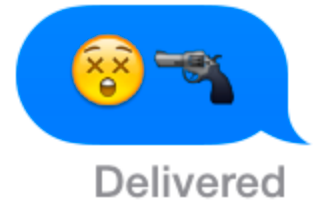 What you weren't told were the threats made against this editor.

The continuing political efforts surrounding the undocumented plan Vision 20/20 and the hostilities surrounding its lack of approval have led to numerous antagonistic actions, games being played and pawns pushed into the fray.

For the first time, MSV will make public the evidence of a threat directed against this editor.
It ended thusly:

You should hope that your home doesn't get vandalized like Ms. Coco's did. Don't mess with politicians.

Complete details were turned over to the appropriate law enforcement agencies.

Have a great holiday everyone.
Posted by SmartyJones at Thursday, April 17, 2014