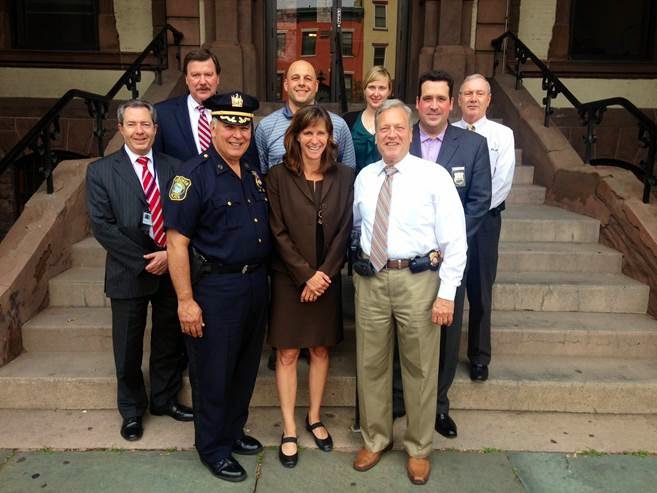 Mayor Dawn Zimmer is appointing Captain Edelmiro “Eddie” Garcia as Hoboken’s Provisional Chief of Police effective July 1, 2014. He is currently the Hoboken Police Division's most senior captain, having served as captain since 1995. Hoboken's current Police Chief Anthony Falco is retiring on June 30, 2014.
“I thank Chief Falco for his many years of service and dedication to our community and wish him a happy retirement,” said Mayor Zimmer. “During his time as Police Chief, crime in Hoboken has reached and remained at historic lows. I thank Captain Garcia for stepping up and taking on this new role as our Police Department undergoes this important transition.”

On June 2, 2014, numerous captains and lieutenants took the civil service Police Chief test.  The test results are expected in several months. Following an interview process, Mayor Zimmer will appoint a permanent Police Chief in the coming months.
Posted by SmartyJones at Wednesday, June 11, 2014