72 hours or three days to enjoy a bootless bounty

The boot is dead. Long live the 72 hour boot! 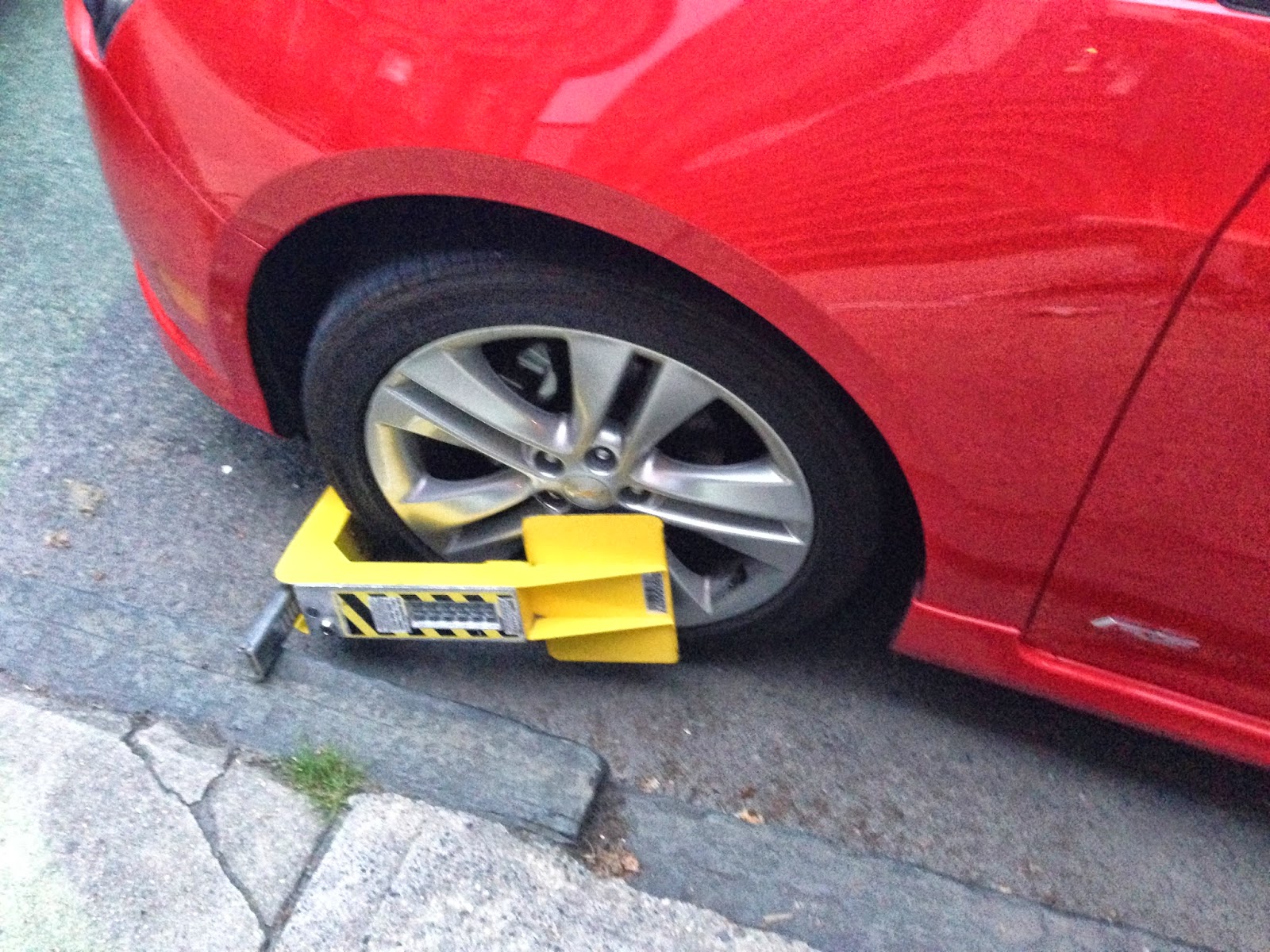 While not quite dead, the boot is making fewer appearances on Hoboken streets. Although there's been no change in the City Council to the parking ordinances, stickers began appearing recently on cars stating said vehicle was parked illegally and had 72 hours to move or be booted.

The days of immediate terror with instant booting are apparently over by executive order. It hasn't taken long for bad habits to filter down from Washington D.C. and the attention on the austere booting policies in Hoboken created lots of bad publicity, bad will and some say a bad business climate.

Not a month ago uptown a friend and Da Horsey were having a chat and remarked of the strange occurrence seeing a parking meter worker out and about on a Saturday evening. An Acura TL sat silently and most definitely illegally near the corner into the danger red stripe zone.

The parking worker observing the lingering asked if we owned the vehicle. Told no, he began to write up a ticket as a young woman walked by who with no inquiry scooted past with a friend pumped her fist in the air and said, "Boot'em!"

Talking Ed Note: In typical Hoboken fashion, residents will say the change from the rigid booting practice is a saner, more civilized route to handle the Mile Square's unquenchable desire for parking.

At the same time, it will follow with other residents complaining about how finding parking is now more difficult. And so it goes.

Some comprehensive ideas are going to roll out by September out of the City Council transportation subcommittee. One can only hope it will include changes to the signage using the same color scheme on both sides among other necessary changes.

One outcome is certain. Parking meters will go up in price to narrow the difference with local parking garages. Like it or not, it's on the table along with numerous other changes.