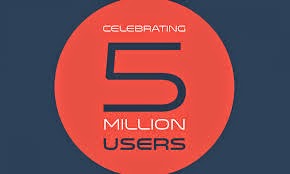 This week MSV passed another milestone and with thanks to you the Hoboken People, a statement on behalf of one of our most cherished freedoms is made. The millions come faster and faster but what's most important is the First Amendment remains alive and breathing in the Mile Square.

People here, especially here must know they are free to express their views, whatever their views, in anonymity or not without fear of cynical SLAPP suits backed by vindictive losers and a family checkbook failing to elevate a flagging political "career."

New Jersey has an especially vigorous standard for the protection of speech. The New Jersey Supreme Court has stated that the State's Constitution offers protections "more sweeping in scope than the language of the First Amendment and has supported broader free speech rights than its federal counterpart." In addition, closer to home, Hudson County Superior Court recently stated political speech "lies at the core of our constitutional free speech protections."


Corruption rears its head in varied forms as the Mile Square City remains in a tussle with its "tradition" of entitlement reaping the spoils of power, legal and as so often been the case not. That factional battle between its "On the Waterfront" past vs. professional 21st century governance must not fall way to the underhanded use of the civil court system. Hoboken politics cast at times as a battlefield must remain first and foremost a sanctuary for the open discourse of ideas, in the political square, town hall and on its local blogosphere.

In Hoboken after the FBI came to City Hall in 2011 (and revealed a conspiracy of looting electronic communications out of the mayor's office), the Beth Mason sponsored smear site attempting to control and censor all political discourse saw its ghostwritten efforts cower into the shadows before retching one final tirade of lies then descending into the bowels of our city.

What has emerged is numerous places for residents to read about and discuss Hoboken government and politics. A chill struck in 2012 when a bitter vindictive political failure applied the family checkbook seeking to destroy the the town square.
In the face of this utter depravity, MSV continues to see the most comments of any Hoboken website. Repeated attempts using the civil courts to obtain any information of our users, in any shape or form here has been rebuffed although coming at tremendous cost.

So with thanks, MSV wishes to share a few words from Thomas Paine, with a grateful eye especially to those who join the fight for speech in this Mile Square we call home. Most of you who support "the experiment" as it was originally deemed, only know MSV by the work here. Thanks especially to you all.

"The harder the conflict, the more glorious the triumph. What we obtain too cheap, we esteem too lightly; it is dearness only that gives everything its value. I love the man that can smile in trouble, that can gather strength from distress and grow." - Thomas Paine.

Posted by SmartyJones at Saturday, September 13, 2014