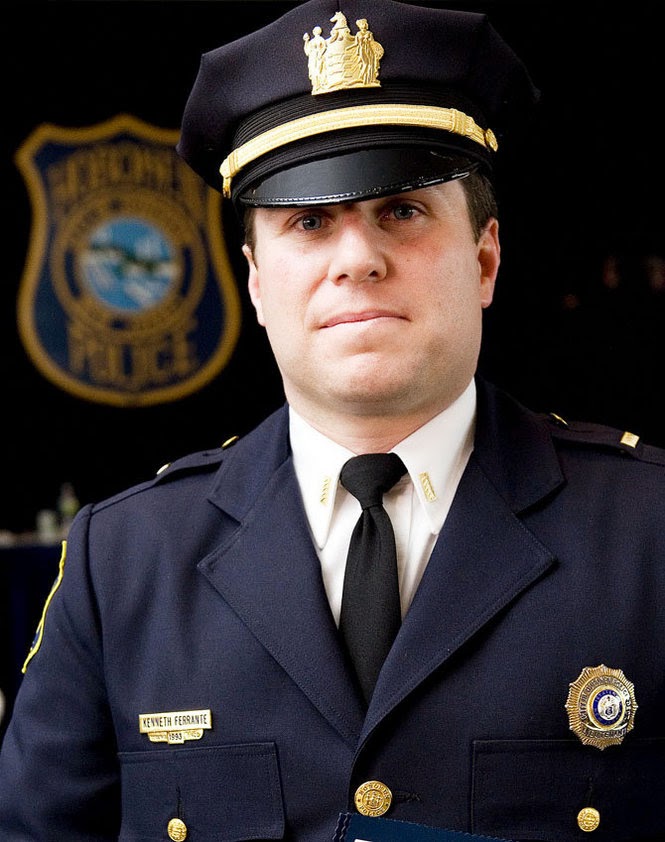 “It was a very difficult choice, and Hoboken was lucky to have three outstanding candidates for the position,” said Mayor Dawn Zimmer. “I thank Chief Garcia and Captain Pasculli for their willingness to serve, and I congratulate Lieutenant Ferrante on his appointment and look forward to working with him as our new chief. On behalf of the citizens of Hoboken, I thank Chief Garcia for his lifelong commitment to the City of Hoboken and for leading our Police Department through this transition.”

In a letter to Mayor Zimmer, Chief Garcia expressed his deepest gratitude for the opportunity to service as provisional Chief of Police. “It has been both an honor and a privilege to serve in this capacity,” said Chief Garcia.

“This afternoon Mayor Zimmer called to inform me that a decision has been made on the next Police Chief for the City of Hoboken,” said Sergeant John Petrosino, President of the Hoboken Police Superior Officers Association. “This was a highly anticipated phone call because the candidates for the title were literally the best in the State of New Jersey. When I was told that Lieutenant Ferrante would become the next Police Chief for the Hoboken Police Department I was excited for him, his family and this department. Ken’s dedication to the Hoboken Police Department has been unmatched since he took his oath as a patrolman some twenty years ago. From community services foot patrol officer to commander of uniformed motorized patrol, Lieutenant Ferrante has been goal oriented and task driven. He possesses street cop savvy with the intellect of a college professor. He is a hard but fair supervisor who uses practicality harmoniously with regulations. This is a new and exciting time for Ken and the Hoboken Police. I am looking forward to his plan for the Department and working with him to move us forward.”

“I agree with the Mayor's decision, which was surely difficult, taking into consideration that all the candidates are extraordinary police managers, well respected and uniquely qualified to serve as police chief,” said Detective Vincent T. Lombardi, President of Hoboken Policemen’s Benevolent Association. “Ken Ferrante has the knowledge, education and overall hands-on experience necessary to best serve our department and the community to the highest levels of law enforcement excellence.”

Mr. Ferrante has bachelor's and master's degrees in criminal justice from New Jersey City University. He graduated as a Presidential Scholar from Saint Peter’s Preparatory School in 1990 and coached football there for 12 seasons. He has received multiple awards for his service including the Combat Cross, two Honorable Service awards, and two Exceptional Duty awards.
Posted by SmartyJones at Monday, October 27, 2014