Mayor Zimmer today issued the following statement regarding the Monarch project on the second anniversary of Superstorm Sandy:

“Last night the Hudson County Board of Chosen Freeholders upheld the County Planning Board's denial of Shipyard's application for the Monarch project. The denial was based on concerns regarding traffic and waterfront walkway issues, among other issues. The Freeholders’ decision will now be referred back to Superior Court as required by the Judge who maintains jurisdiction over the County Planning Board's review of this matter.”

“While the decision last night did not concern the wisdom of building large residential projects on piers, today, on the anniversary of Sandy, it is important to reflect on the public safety problems of building on any waterfront piers in a post-Sandy world. As a result of the impact of Hurricane Sandy, on December 18th, 2013, the City Council passed legislation that bans development on all piers in the high velocity zone, not just the Monarch project.”

“As we mark the second year since Sandy, I want to remind everyone of Governor Christie's clear public position on this issue that I agree with 100 percent.”

“In his veto of State legislation that would have made it legal to build on piers, the Governor had this to say”:

This bill would require the Department of Environmental Protection to approve development projects on existing piers located in “coastal high hazard areas” in certain municipalities along the Hudson River. Because this bill has the potential to jeopardize National Flood Insurance Program (“NFIP”) eligibility for impacted municipalities, I cannot sign this legislation.

Allowing new construction on a pier in a coastal high hazard area as this bill provides contravenes that federal regulation and may therefore jeopardize NFIP eligibility for those municipalities with existing piers along the Hudson River. I cannot condone such a risk. 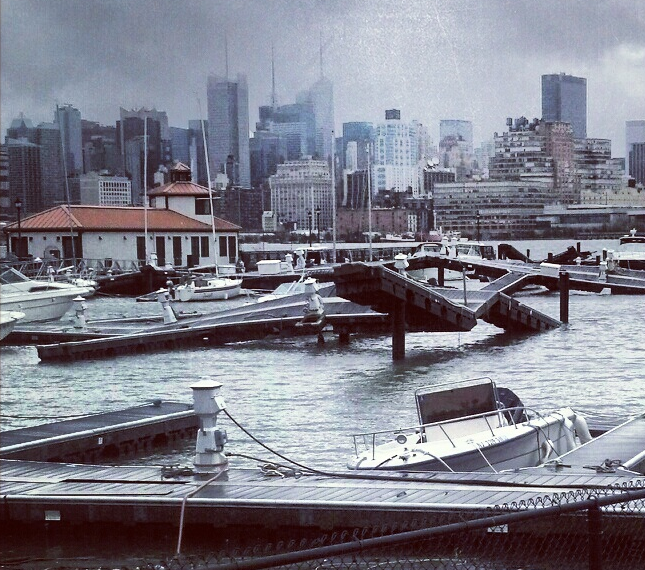 Posted by SmartyJones at Wednesday, October 29, 2014