Members of the public are invited to attend a fourth and final public hearing to discuss the proposed concept plan for the first phase of the Southwest Park. The meeting will take place on Thursday, December 18, 2014 from 7:00pm to 9:00pm at the Multi Service Center, located at 124 Grand Street.

“This park won’t just bring much-needed green space to southwest Hoboken, but it is also an important component of our flood resiliency plan,” said Mayor Dawn Zimmer. “We look forward to breaking ground in 2015 and then expanding it into a larger park through the redevelopment process.”

The concept plan for the first phase of a Southwest Park was developed based on community feedback from prior community meetings and an online survey. The plan for the park also includes flood management infrastructure to hold over 200,000 gallons of stormwater. Additional information is available at www.hobokennj.org/swpark.

In October 2013, the City of Hoboken acquired a one acre property bounded by Jackson Street, Observer Highway, Harrison Street, and Paterson Avenue as the first major installment of a new Southwest Park. Starr Whitehouse, a landscape architecture and planning firm with expertise in parks design and green infrastructure for stormwater management, was hired to lead the planning process for the Southwest Park. 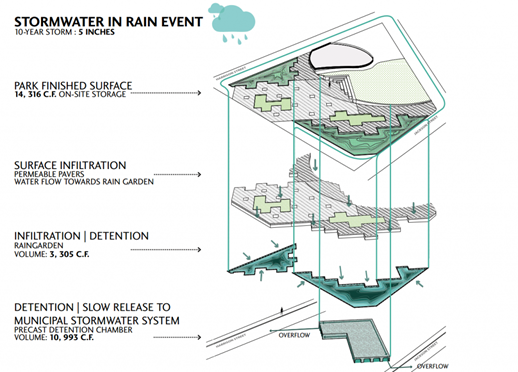 Posted by SmartyJones at Friday, December 12, 2014