The Hudson Reporter and their friends

The holidays are upon us but the buzz yesterday rolled through here like an old diesel freight train with the whistle blowing down Washington St. the whole way. It was quite a ride all the way from up on 14th street where fascinating tales are woven with not sugar plums in the Hudson Reporter editor's heads but a Mile Square City where developers rule the land with a mayor sleeping at the wheel or on the take, no matter which. Are we having fun yet?

After a full month snooze when the story broke, the Hudson Reporter finally did a story on Los Federales investigating the Hoboken Housing Authority. The story was an odd mish-mash of old news and a battery of old "Carmelo Garcia said" excuses.

Where was the ever loquacious Carmelo Garcia's comment today on the investigation looking into the reign of his former Banana Republic? Suddenly your best bud (after Bethy's pet fish of course) is not available for comment? It wasn't even noted in the story. Asking the question wouldn't yield a threat of a criminal complaint against you like the editor here. Speaking of which...

Also, why was a reference to the New York City Housing Authority tossed into the story? Is that the only excuse FOG (friends of Garcia) could muster? Pretty weak sauce there. Aren't you guys suppose to maintain minimum journalistic norms?

Months ago back in the summer, a litany of serious issue were featured in the HHA's audit report. It's another area of emphasis in the Carmelo Garcia "ethnic cleansing" sagas which has been completely ignored for inexplicable reasons at the Hudson Reporter. Hey, journalistic reasons now, not  FOG or FOH - Friends of HudCo reasons.

Can the editors explain to the readers why the Hudson Reporter completely ignored the findings of the agency's own audit report? The story was handed on a silver platter and not only by a horse. That would have been one to hijack with no credit and no complaint here whatsoever.

Back in July, we're pretty sure you saw this big MSV headline:


Among the audit findings never mentioned by the Hudson Reporter:

In addition, the original MSV July story noted: "the audit report findings state payments throughout the year to a host of suspect vendors totaled almost $800,000 and the "state of emergency" due to Hurricane Sandy shows most of the expenditures "occurred outside the scope of the emergency."


Does any of this have an iota to do with New York City's Housing Authority?
So MSV invites the HR editors to explain. We're all ears. 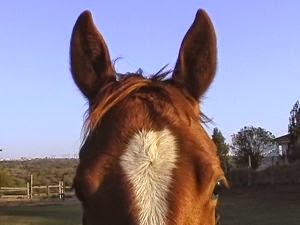 Talking Ed Note: Da Horsey has more questions for the Hudson Reporter. This isn't the time but the time is coming when those questions can be posed.


See, I got these emails and their effin golden.

Posted by SmartyJones at Tuesday, December 16, 2014