A public ceremony is scheduled this Saturday at Stevens with political glitterati aplenty expected to attend the inauguration of Mayor Dawn Zimmer and council members Ravi Bhalla, Dave Mello and Jim Doyle.

According to an unconfirmed report, Jim Doyle has been sworn-in and now constitutes an important vote on the City Council filling the ninth seat empty for more than a year when the Mason family underwrote an estimated six figures (or more) to stop his original appointment more than a year ago.

The protracted legal wrangling might have reached the NJ Supreme Court but the clock ran out and Hoboken People promptly put Doyle right back on the council for a four year term in the Reform sweep last November.

Beth Mason and her Old Guard council allies now get to reap what they have sown.  From obstructing HOP buses for seniors, to blocking the acceptance of state and federal grants to repave Washington Street, to hijacking a City Council meeting with no quorum at midnight to advance the controversial Carmelo Garcia marketed Vision 20/20 plan where no Master Plan even exists, perhaps the biggest attempted land scam in Hoboken history, the war against the Mile Square City is over.

Congratulations to Jim Doyle and his entire family.

A winter storm is currently forecast to impact our area on Thursday and Friday. According to the National Weather Service, at least 6 inches of snow is possible and strong winds will result in blowing and drifting of snow with wind chills of 5 to 15 degrees below zero. The City of Hoboken is preparing for the storm and is spreading salt brine on streets in anticipation of snow.

Towing on Emergency Snow Routes
Vehicles parked along emergency snow routes will be ticketed and towed once streets are snow-covered. This is necessary to move police, fire and ambulances throughout Hoboken in time of emergency for the safety and welfare of all our citizens. A list and map of emergency snow routes is available on the City website: www.hobokennj.org/snow.

Reduced Rate Garage Parking & Parking Enforcement
The City is providing reduced rate parking in municipal Garage B (located on 2nd Street between Hudson and River Streets) and Garage D (215 Hudson Street) beginning Thursday, January 2nd at 8:00am through Saturday, January 4th at 8:00am for $5 per day for residents with a valid Resident parking permit or Temporary parking permit placard. In addition, Hoboken residents with disabilities who possess either a handicapped license plate or hang tag for their permitted vehicle may also park in the Midtown garage (371 4th Street) for the same reduced rate. Garage space is available on a first-come, first-served basis and regular rates will apply at other times. Residents who wish to extend their stay in the garage and who have a parking permit decal or Temporary parking permit placard are reminded that overnight parking (8pm to 8am) is available at a rate of $5.00. This rate is available in Garages B, D and Midtown every day of the year.

Enforcement of alternate side parking regulations will be suspended during and for at least 24 hours after the end of the storm.

Sidewalks
Property owners or occupants are responsible for clearing sidewalks of snow within 6 hours of the completion of a storm, and residents are urged to assist elderly or disabled neighbors with clearing snow from their properties. It is illegal to shovel snow back onto streets or onto fire hydrants. Fines will be issued for dumping snow on fire hydrants.

Warming Center
Due to the cold temperatures, the Wallace School gymnasium located at 1100 Willow Avenue will be opened as a warming center from Thursday, January 2nd at 4:00pm until Friday afternoon. 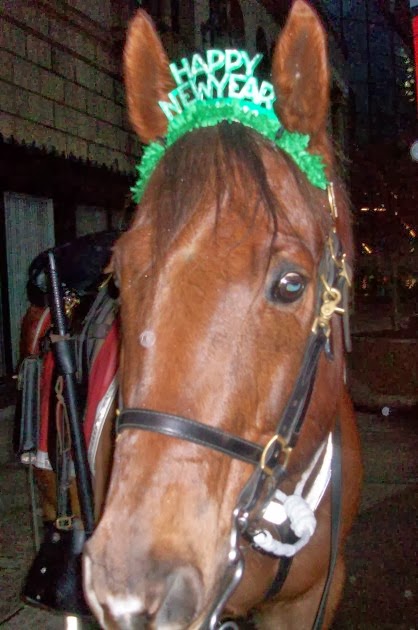 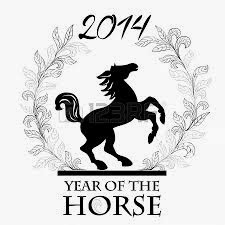 If you're wondering, last year was year of the snake so on the whole it went well for snakes and looked good for the slithering belly crawlers, sell outs, back stabbers, pathological liars, self-absorbed morally depraved and corrupt of every stripe, at least in Hoboken.  Then before years end, it all started imploding.

Enter the Year of the Horse.