It was a politically star studded affair but the closing A capella rendition of "God Bless America" by Gabrielle Frederick brought the house down and was the star of the show.  The audience spontaneously joined in and there was more than a few tears in the audience, Da Horsey included.

Frederick is a graduate of Hoboken High School and a student at the University of Pennsylvania.

The Jersey Journal logged their story of the event referencing the notable accomplishments in Mayor Zimmer's first term.

Talking Ed Note: One attendee not mentioned in the program was former Corporation Counsel Mark Tabakin.  A number of achievements occurred during his watch, the successful sale of Hoboken University Medical Center chief among them.

Tabakin fought to see the implementation of the midtown parking garage with the hospital's sale, an essential part of the agreement's implementation blocked by MORTe.  Tabakin had requested the 20 days required for the ordinance to be implemented be waved by the council but Beth Mason, Michael Russo, Terry Castellano and Timmy Occhipinti refused, voting it down and mocked the hospital sale being impacted even as its cash flow was running on fumes and under threat by the State Health Department to be closed.  That's how dire the situation was in the end.

Of all the achievements by Mayor Zimmer and her working coalition on the City Council, saving the hospital and the taxpayers tens of millions is an achievement too often overlooked in its importance.

In this regard, the chairwoman of the hospital board Toni Tomarazzo was personally thanked by the mayor for her central role but unable to attend today's ceremonies.

Another person who deserves thanks today is Steve Rofsky who's untimely passing came after his successful efforts serving on the hospital board.  MSV remembers.
Posted by SmartyJones at Saturday, January 04, 2014
It's Official! Mayor Dawn Zimmer and Council members Ravi Bhalla, Dave Mello and Jim Doyle publicly sworn in
2014-01-04T15:52:00-05:00
SmartyJones
Comments

In a little over four years, this website originally set out to give back to the town for a few months in the summer of 2009 leading into the November election.  Deeming the work "the experiment" there was no contemplation the Mile Square laboratory would go much further.

Da Horsey had no idea MSV would land up becoming the biggest website covering Hoboken government, politics and corruption. It's been no small surprise the site has also generated the most comments in the Hoboken blogosphere with no censorship, Masonista sponsored or otherwise.

It of course helps a would be commenter to be able to formulate a policy argument, unlike "loveyourtaxmoney," the believed nom de guerre on NJ.com's Hoboken forum of a certain IT Manager who looted all electronic communications coming and going from the mayor's office for well over a year.

The MSV commenters are known to be well versed in Hoboken history, long and short and none too tolerant of the Old Guard corruptocrats.  Sometimes they are both brilliant and too vigorous in their skepticism of others. This however is a fair price in comparison to debilitated speech, a far worse alternative.  In the end, it's all bad news for the Hoboken Sopranos and their sycophants.  They carp, bitch, kvetch but they have difficulty articulating a position more concise to the view of their supporter of "loveyourtaxmoney" fame.  In a single screen name, the lines couldn't be drawn clearer.

Amidst the light here and elsewhere for several years now, an army of Hoboken Davids self-anointed in their intolerance for corruption took on the Machine's online Goliath of paid bloggers and delivered such an overwhelming factual beating an undeclared War on Speech erupted. The corruptocrats and special interests have been massively bent out of shape and find themselves largely out of power ever since.  They're extremely displeased anyone dared to stand up to the machine and its money aka the Mason family checkbook: be it a Giant, a girl or a Horse.  It's led to a bad case of equinophobia over simple occasional questions or worse.

The independent Army of Hoboken Davids, Hoboken citizens who took MSV's anti-corruption message to all points in the Hoboken blogosphere became an unwavering self-directed force.  Beth Mason and her well financed army of political operatives grew increasingly desperate to pump out her unrelenting assault on the truth to voters culminating with her leading the Hoboken Sopranos effort to detonate Hoboken University Medical Center, destroy hundreds of families, cripple Hoboken financially and kill a reform mayoralty in the cradle.

This website editor and more than a dozen others were targeted as part of a political legal strategy to take over Hoboken's government, first the BoE and then City Hall but MSV kept shining the light on the Old Guard machinations with nary a SLAPP allegation against it.

The malicious abuse of process using the NJ civil court system against so many Hoboken residents however continues even after the Nazi Truck's ugly failure courtesy of the depraved Beth Mason and her family checkbook.  Most don't even have a single lame allegation against them including two Detroit rappers who were also recklessly tossed into the lawsuit for this video: Baby Lane FT FILLING MY SWAGGY.  The rappers appear to be unaware of their alleged defamation and a $2,000,000 civil lawsuit against them as is the Court.  The wheels of justice move slowly in states without SLAPP statutes.

The spoils of Hoboken City Hall and the Board of Education are historically an Old Guard entitlement and to some a birthright.  It's part of Hoboken's corrupt oral history handed down in the struggle to depart from an "On the Waterfront" past rooted in decades of malfeasance and captured magnificently in a depression era book "Killing the Poormaster, A saga of Poverty, Corruption and Murder in the Great Depression."

In this toxic political environment within Hudson County, MSV incubated a local forum for Hobokenites of all political stripes who are passionately invested in this Mile Square City and refuse to be exploited and yield to being ripped off.

Thanks to all the MSV readers in Hoboken who engage here or with neighbors or commit in any shape or form to make Hoboken better.  Without you, there would have been no point in shining the light after another mayor had been arrested for corruption.

For MSV, the impetus began with corruption and the first short essay, "Good night contemptuous prince," an ode to the then finally departing, disgraced Mayor Peter Cammarano.

In the end, it's you, the Hoboken People who hold the responsibility to protect and defend this isle.
After all, the Isle of Hoboken is your town.  Da Horsey can only trample so many. 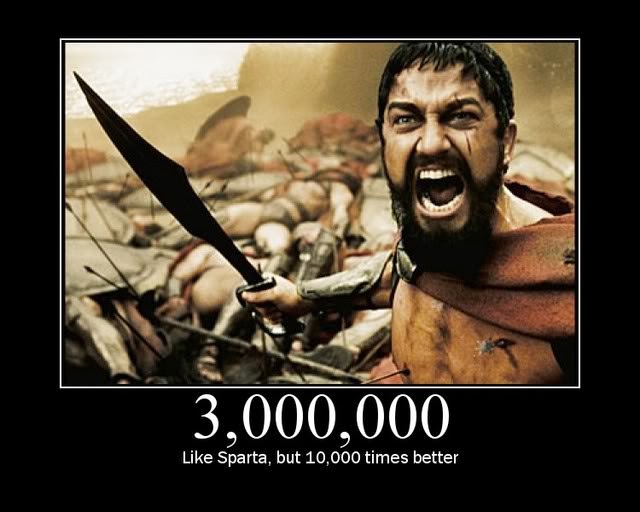