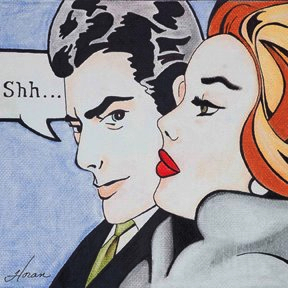 Matt Calicchio the Beth Mason political operative who works full time for the second ward councilwoman was a no show at his Wednesday hearing on harassment charges.

A Hoboken woman who is a senior living at Fox Hills filed the harassment charges originally  in the Mile Square and the case was moved out of town by the Hoboken judge who confirmed Calicchio was a Beth Mason employee.

Moving a case out of Hoboken is standard procedure so political conflicts are mitigated.  The City Council votes to approve judges and municipal prosecutorial appointments.

The harassment hearing scheduled on a change of venue from Hoboken anticipated seeing both Matt Calicchio who also is an elected Democratic Committeeman for the fourth ward and Jackie Carmody, a seventy year old resident of Fox Hills appear before Judge Sixto Macias.

But Matt Calicchio never showed up.  Hours into the morning, a gentleman who appeared as his lawyer in Hoboken showed up and the next hearing was rescheduled to early next month, February 5th.

Councilwoman Beth Mason has not publicly commented on her full time employee's latest harassment charges by a Hoboken woman.
The lawyer thought commissioned by Beth Mason and the Mason family is not yet confirmed.


Grist for the Mill is MSV's rumor column. Got a tasty carrot for Da Horsey? Send an email in confidence to smartyjones@me.com.  Communication is no guarantee of publication.

This story, the third consecutive MSV exclusive is a grist story as some details are yet to be confirmed.  Maybe Beth Mason will answer and fill in the details.
Posted by SmartyJones at Thursday, January 09, 2014
Grist for the Mill: Matt Calicchio harassment charge hearing in Union City postponed
2014-01-09T23:26:00-05:00
SmartyJones
Comments