Former councilman Tony Soares sent in a photo of his friend Sherman taking on the elements.
This my friends is a real snowfall so man your shovels and dig ye neighbors out while you're at it.

Earlier, Da Horsey saw one lithe woman jogging in the snow and wondered why would you be doing that right now? This is one sticky snowfall befitting cross country skis. 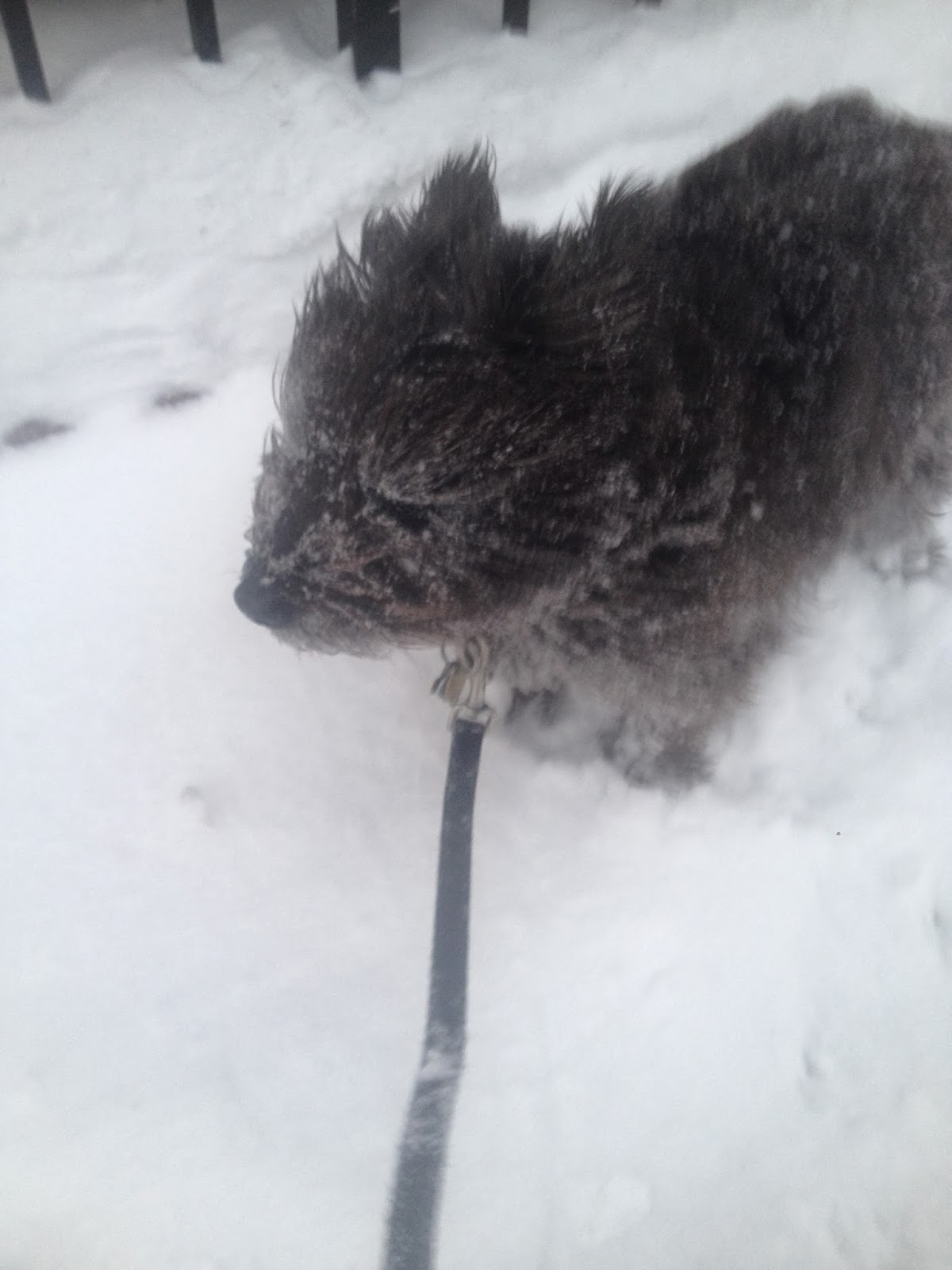 Full disclosure, former councilman Tony Soares has advertised on MSV but this photo is timely and Sherman actually enjoys taking on the elements.

Beth Mason spent lavishly publicizing free coffee and donuts earlier this week at a wildly popular reopened eatery on upper Washington Street. But from a public Facebook photo, other than Mason's paid staff and those working at the restaurant, the public showed its disdain for the councilwoman who has long ago lost support in the second ward. (We're not counting the Applied Housing votes paid with over $50,000 in street money putting her actual votes in 2011 at a cost near $200 per vote.)

Ironically, the Beth Mason permanent mayoralty-in-exile campaign continues to be an outright bust. This time she invaded the turf of the popular fifth ward Councilman Peter Cunningham.