No explanation from Beth and Richard Mason of Wachtell, Lipton, Rosen & Katz hit with hundreds of campaign violations by NJ watchdog agency and facing millions in fines.

Hoboken's army of political operatives on the payroll and at the ready to issue press releases at the behest of Councilwoman Beth Mason have fallen silent over weeks with nothing to say on her and her husband's hundreds of campaign violations.

Since the limited initial story broke on PolitickerNJ, the most influential statewide political site, the only comment coming from the Mason family was from their lawyer saying no punitive fines should be levied against his clients.

However, both Beth and Richard Mason face potentially several million in fines. No media has published one word from Hoboken's self-anointed Queen of Transparency offering any explanation how she worked herself into such a predicament.

Mason who has been known to viciously attack others using her army of political operatives on the flimsiest of pretexts or outright fabrications, herself launched one verbal assault on an empty council chair when Councilman Peter Cunningham was away attending the funeral of his mother in law.  Her scorched earth tactics before the 2013 election had Councilman Ravi Bhalla weighing legal action against her. (She followed with YouTube campaign attacks and writing to his employer at the prestigious law firm of former Governor Jim Florio.)

Some knowledgeable observers prefer Beth Mason's apt name Hoboken Queen of Dirty Politics, partially earned when two of her political operatives were referenced similarly by a judge for their perjuries in a Union City Municipal trial.  One was up for harassment of a former BoE official and her young kindergarten daughter on school property and remains on the Mason family payroll.

In addition to the hundreds of campaign violations for the 2009 and 2011 campaigns, MSV highlighted how Mason money broke numerous campaign and federal laws with widespread distributions of cash across Hoboken and within the Hoboken Housing Authority, a hotbed of activity for illicit cash for votes schemes.

The reckless pile of violations don't end there. MSV has cited her TV and online ads previously, even asking her directly in a City Council meeting why they weren't filed in her 2011 campaign reports. No answer was offered and there's no explaining how the expenditures were legally reported as there's no record of her doing so.

Then there's the flagrant violation of Hoboken's pay to play ordinance. Beth Mason was challenged for exceeding legal campaign contributions, totaling almost $7,000 to the Move Forward Nazi Truck BoE slate. When passed by the Hoboken City Council in 2011, she unilaterally declared the law "unconstitutional." Her illegal contributions followed a year and a half later.

In addition, Beth Mason has been identified as the underwriter of the infamous 2012 Nazi Truck campaign in the BoE election. The related expenses for that political operation have never appeared in any of Mason's campaign reports for obvious reasons.

Hoboken's two rabbis publicly called for an apology for the Nazi Truck and its multiple visits where on two different nights the operation reportedly orchestrated by Beth Mason's chief of political operations James Barracato sent the vehicle outside the Wallace School one night before a BoE meeting and outside Hoboken City Hall the next night before a City Council meeting.

Beth Mason arrived mere seconds before that council meeting with the Nazi Truck parked right outside. What was her reaction to the continuous looping broadcast proudly showing the Nazi swastika in an attack ad on BoE trustees up for re-election, Council members Peter Cunningham, Jen Giattino and Mayor Zimmer?

Sometimes a picture tells the story. MSV took this photo before the council meeting starting on Beth Mason's arrival:


Beth Mason has failed to explain not only how she faces record breaking NJ fines for campaign violations but why she refuses to make an apology for underwriting and backing the Nazi Truck's appearances in Hoboken.


The public has a right to know. Isn't that right Ms. Mason? 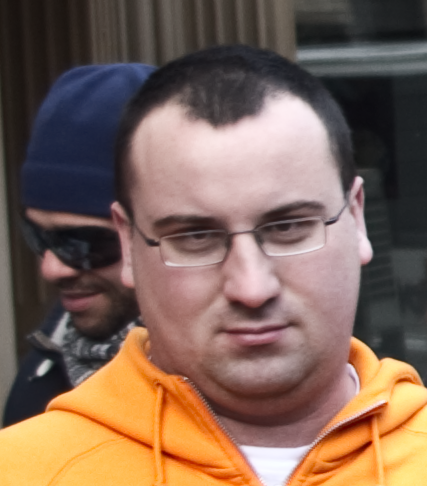 The Hoboken troika above double as board members in the questionable Mason Civic League. From top: Richard Mason of Wachtell, Lipton, Rosen & Katz, Beth Mason and James Barracato.