According to an investigative report appearing on GA yesterday, a scheme to avoid showing payments re: disbursements to political operatives is made "clean" through the magic of a laundry mat designating tens of thousands of dollars in payments "in-kind" distributions.

None of this appears remotely a legal method to make payments for services to Beth Mason's political operatives. The chart below shows a huge outlay long after the 2011 election was over but Beth Mason was feeding huge sums moving in and out of the account for activities of dubious value.

The reporting filed up to last month of this year is equally problematic or worse.

According to the report these outlays cover reporting by Beth Mason and Richard G. Mason of Wachtell, Lipton, Rosen & Katz who acted as his wife's Treasurer for the 2011 campaign. 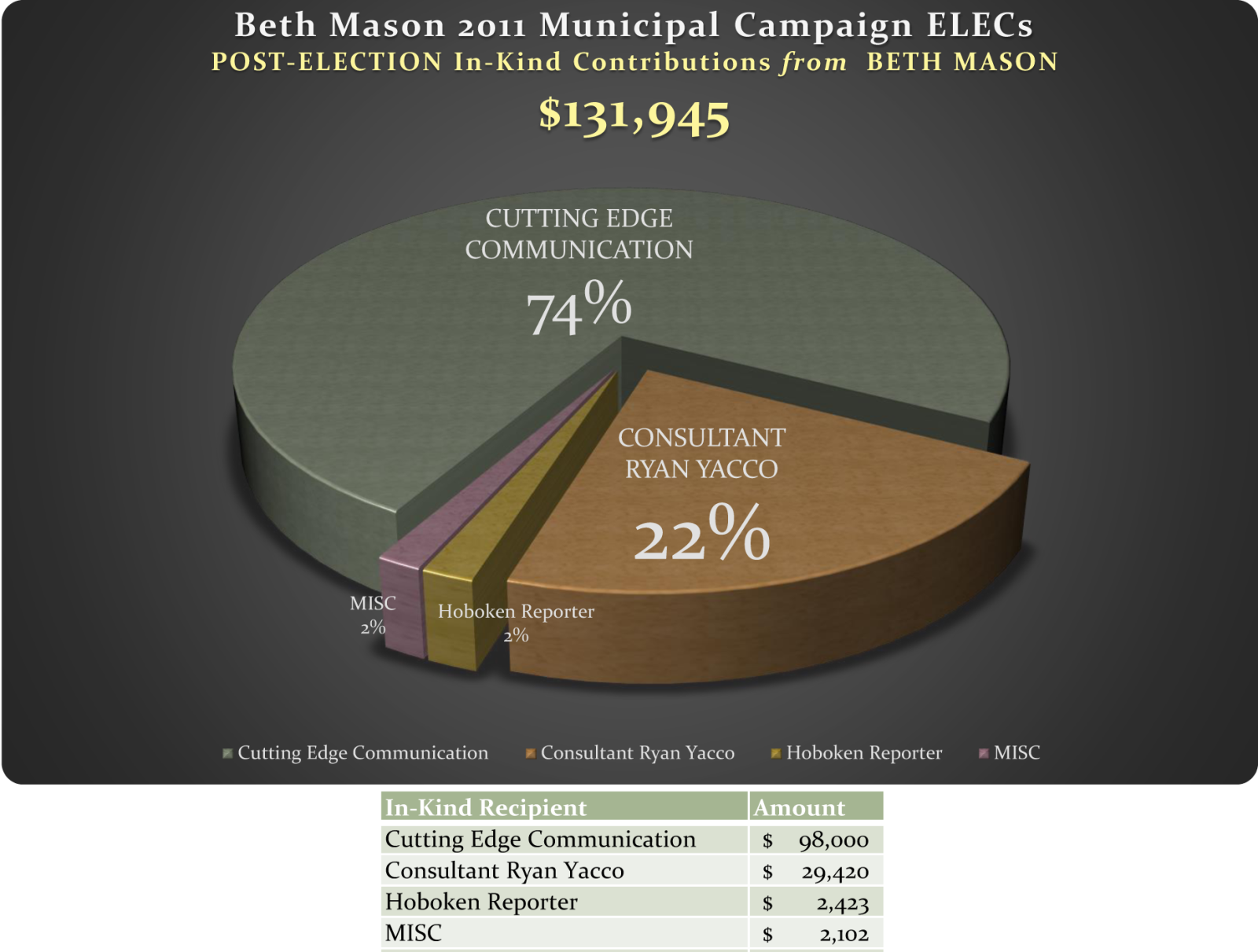 These payments were being used in 2012 for the Nazi Truck and its five night voyage into Hoboken back in November of 2012.  (More on this with evidence at a later date.)

Your equine reporting editor here had his name and phone number plastered on a video urging residents to call and complain about hateful imagery on the Nazi Truck nights three and four.

Nazi Truck night five was an advertisement appearing on cable tv and then on the streets of Hoboken on the evening of the BoE elections with all the Move Forward BoE candidates.

The latest blockbuster to come to light takes a twisted and odd route showing how monies were routed in late 2012 to fund five separate trips of the infamous BoE campaign Move Forward Nazi Truck.


At the time, most Hoboken residents were focused on emergency efforts either to cope with the aftermath of the storm and/or helping their neighbors and community. MSV saw tens of thousands of visits from people all around the country concerned for Hoboken.

Take a look at the detailed investigative findings on GA.

The Beth Mason 2011 council campaign is long over but the monies just went right on going - incoming and outgoing - for all kinds of political operations unrelated to anything on the council or Beth Mason qualifying as remotely transparent.