Board of Ed announces 63 layoffs

The BoE's preliminary budget stating numerous factors would lead to its needing to make layoffs grew with an announcement that 63 employees will be laid off due to cuts in the 2014 budget.

Three teachers connected to preschool classes are included in the layoffs as part of an outsourcing plan for preschool.

MSV previously listed a number of factors involved in an earlier story where the budget was seeing pressures even with a seven figure reduction as a starting point.

Superintendent Dr. Toback is quoted as saying the cuts come from all aspects of the operations: administration, business office, custodial, transportation, instructional aides, security while teaching and learning were protected as much as possible. He also said working with the unions to save more jobs was part of the ongoing process. 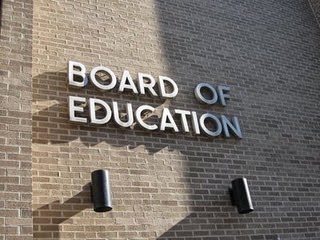 Special education student bus drivers are part of the reductions and privatization of that role is in the works too.

Dr. Toback lists a number of factors according to a weekend story by Dean DeChario.
Among them *:

The BoE will not see an estimated $250,000 from the school choice program.

A 2% tax cap on the school district does not apply to the cost of Hoboken charters schools. The charter schools are funded not by the State but by Hoboken taxpayers who pay about 90% of the costs. Additional charter costs have been pegged at 779K across all three.

BoE taxes are slated to increase 3.9%.

See the link for the full feature by Dean DeChario

* MSV is not able to confirm the numerical costs for each of the factors at press time.