Hoboken's Vote by Mail leaders of the pack

Another tidbit to the post-election analysis, the Vote by Mail is being further analyzed with candidate totals.

Horse Sense analysis: There's a few takeaways one may conclude about these figures. Clearly, when the top two VBM winners are this free and clear with totals almost exceeding the entire field, there's been a significant operation in putting them there.

In 2010, Timmy Occhipinti spokesman David Cruz said of their respective Vote by Mail ballots revealed in a MSV investigative report, it was an "anomaly."

Here it is 2014 and history repeating itself with the numbers submitted almost the same in the 2010 fourth ward special election for Timmy Occhipinti and in this race for Biancamano and Kearns. Quite the anomaly.

In the ways of Hoboken past, these are but the "traditions" on Election Day. Hearing the stories from back in the day, they are rife with polling machines being carted into the back of bars and set to get the desired results. This was commonplace quite literally and figuratively depending on who had their hand on the voting "machinery."

As Hoboken changes, some things will not change even as the century has rolled turning the page. Is Hoboken in the 21st century or mid 20th back to its "On the Waterfront" colorful past?

Elections in Hoboken are definitely changing. Families are taking root, staying in the Mile Square like never before and this has changed the minority of voters from select corners used to dictating election outcomes for the majority of residents.

Old Hoboken is split, some embracing change and the Reform platform as others look to the Old Guard as a favor bank available toward an uncertain date and time in the future. Over decades, it was Old Hoboken getting jacked with underperforming schools while the Old Guard "elite" sent their children to private schools and used the public schools as a Tammany Hall power center looting its budget and a patronage mill with zero accountability.

The Old Guard is desperate to maintain power seeking to snare Old Hoboken as a default while appealing to "newcomer" low information voters offering superficial palatable options who "appear like you" in the form of a Peter Cammarano or Timmy Occhipinti.

They however do not think like you or meet any minimum of cultural norms of professionalism in running government in the 21st century. The Old Guard isn't changing. The arrest and conviction of Peter Cammarano saw their retooled focus on retaking the levers of government and all the goodies that go with it. They are in a word intractable and nothing short of arrests and convictions will see the Hoboken political landscape changed.

The Vote by Mail fraud in our midst is Exhibit A. Will law enforcement finally remove this scourge from our midst? It's an absolute embarrassment to the State of New Jersey as the perpetrators have no shame exploiting the most vulnerable population within the Mile Square.

Hoboken continues to be insulted with limp defenses of "voter suppression." As if. Someone has to step up to the plate. In the meantime, it's Hoboken's version of caveat emptor - let the voter beware.
Posted by SmartyJones at Tuesday, November 11, 2014
Hoboken's Vote by Mail leaders of the pack
2014-11-11T11:01:00-05:00
SmartyJones
Comments

Honoring those who've served our Republic 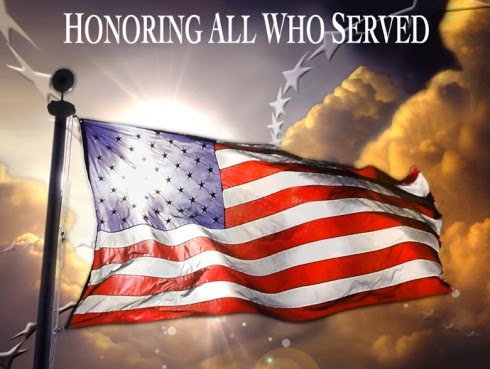 There are many types of short and long-term volunteer opportunities available through those organizations and the others listed below. Here are 10 ways you can help:
Posted by SmartyJones at Tuesday, November 11, 2014
Honoring those who've served our Republic
2014-11-11T09:37:00-05:00
SmartyJones
Comments

Hoboken residents are invited to a community meeting next Wednesday, November 12, 2014 to provide information and conduct a question and answer session on the reassessment process. The meeting will take place from 6:00pm to 8:00pm at the Hoboken Elks Lodge, located at 1005 Washington Street.

Following last year’s revaluation, the City of Hoboken is following the best practice of conducting a “rolling reassessment” to keep property values updated on an annual basis to make sure that taxes are always distributed fairly and to prevent large disparities from occurring.

Some misunderstanding has arisen among members of the public about the effect of this on Hoboken's share of County taxes. It is important to note that the recently completed revaluation did not result in an increase in our County taxes, and the rolling reassessment that will be conducted going forward will not either.

Q: Did the recent revaluation result in an increase in the total amount of Municipal or School Board taxes paid by Hoboken taxpayers?

A: No, it did not. The total amount of tax collected by the City and the School Board is set by the budgets of each of those entities and is based on the costs of running the City and public schools. It was unaffected by the updating of assessments.

It did however, adjust the way that tax burden is distributed among taxpayers to ensure everyone pays their fair share – no more and no less. Hoboken had not done an assessment of its property values in about 25 years. As a result, the small discrepancies which occur year by year grew into large discrepancies. For the most part, the revaluation corrected those discrepancies, bringing everyone’s taxes in line with the relative fair market value of their property. The total amount of taxes raised was unchanged by the revaluation.

Q: Did the recent revaluation result in an increase in the total amount of County taxes paid by Hoboken taxpayers?

A: No, it did not. In fact, it resulted in over a $400,000 savings to Hoboken taxpayers compared to if the revaluation had not been conducted. The update in assessments through the revaluation resulted in a small decrease from what our County taxes would have otherwise been using the County formula.

Q:  Is the system used to allocate Hoboken’s share of County taxpayers unfair?

A:   Hoboken's share of County taxes has been rapidly rising and will likely continue to rise because Hoboken is such a desirable place to live and our property values are increasing faster than other Hudson County towns. This was true when the "equalization formula" was used to estimate Hoboken's aggregate property value and it will be true using the more accurate value determined by our actual assessments. Unless our share of County services increases proportionately (which it historically has not), we get less value for our County tax dollars. Mayor Zimmer has made clear to our County representatives that this imbalance must be addressed to make the system fair.

Q: Why did the recently completed revaluation cause such dramatic changes in some people’s taxes?

A: If everyone’s property value increased every year by the same percentage as everyone else’s, then a revaluation would not change anybody’s taxes. However, different properties appreciate at different rates. These differences are relatively small year over year, but over time small differences grow into big differences. Because 25 years elapsed between revaluations, the discrepancies and the resulting unfairness grew to be very substantial.

Q: What is the City proposing to do to prevent this situation from recurring?

A: The City is following the best practice of keeping assessments current by conducting annual reassessments. These small annual adjustments will ensure that property taxes remain fairly distributed. In September, 2014, the City Council unanimously voted to award a contract to Appraisal Systems to conduct annual reassessments.

Q: Why is the City conducting a reassessment program the year after the revaluation?

A: The revaluation of 2014 set all assessments at their True Market Value as of October 1, 2013. Since that date, however, the market has been changing. Real estate in Hoboken is very diverse and the values of different property types have been moving at different speeds. The reassessment will set all assessments to their values as of October 1, 2014 and as a result, the fair distribution of taxes will be maintained.
Posted by SmartyJones at Tuesday, November 11, 2014
HOBOKEN RESIDENTS INVITED TO COMMUNITY MEETING ON REASSESSMENT PROCESS
2014-11-11T09:07:00-05:00
SmartyJones
Comments