Dear neighbors, friends and family,
Two quick up dates on the former Gulf Station at 14th and Willow which has burdened the NW neighborhood in Hoboken for many years, and residential parking meters which essentially eliminates four hours of free parking in Hoboken neighborhoods.


At the former Gulf Station, work has been ongoing and the subterranean parking structure has been completed.  The vertical portion of the work commenced in December.  Per the developer, we will start seeing a lot of activity on and around the site in the coming weeks with a completion date slated for the end of February ’16.  A commercial tenant is expected to be named in March.

As many of you may recall, we completed a Parking Master Plan fall of last year.  For a City which has renowned and infamous parking, the consultants were stunned that we provided four hours of free parking on our streets.  There is no City in a America with similar parking issues providing free parking.  For some of the concerns expressed, we are not looking to create unintended consequences, so to quell the misinformation out there, visitor hang tags are not going away.  Furthermore, meters will be placed strategically at locations in consultation with the neighborhoods.  Revenues collected from meters will be used to support road and parking infrastructure projects.

That's it for now!

Please continue to send me your questions and concerns on these important issues as the information that's out there in the papers is unfortunately incorrect and misleading. 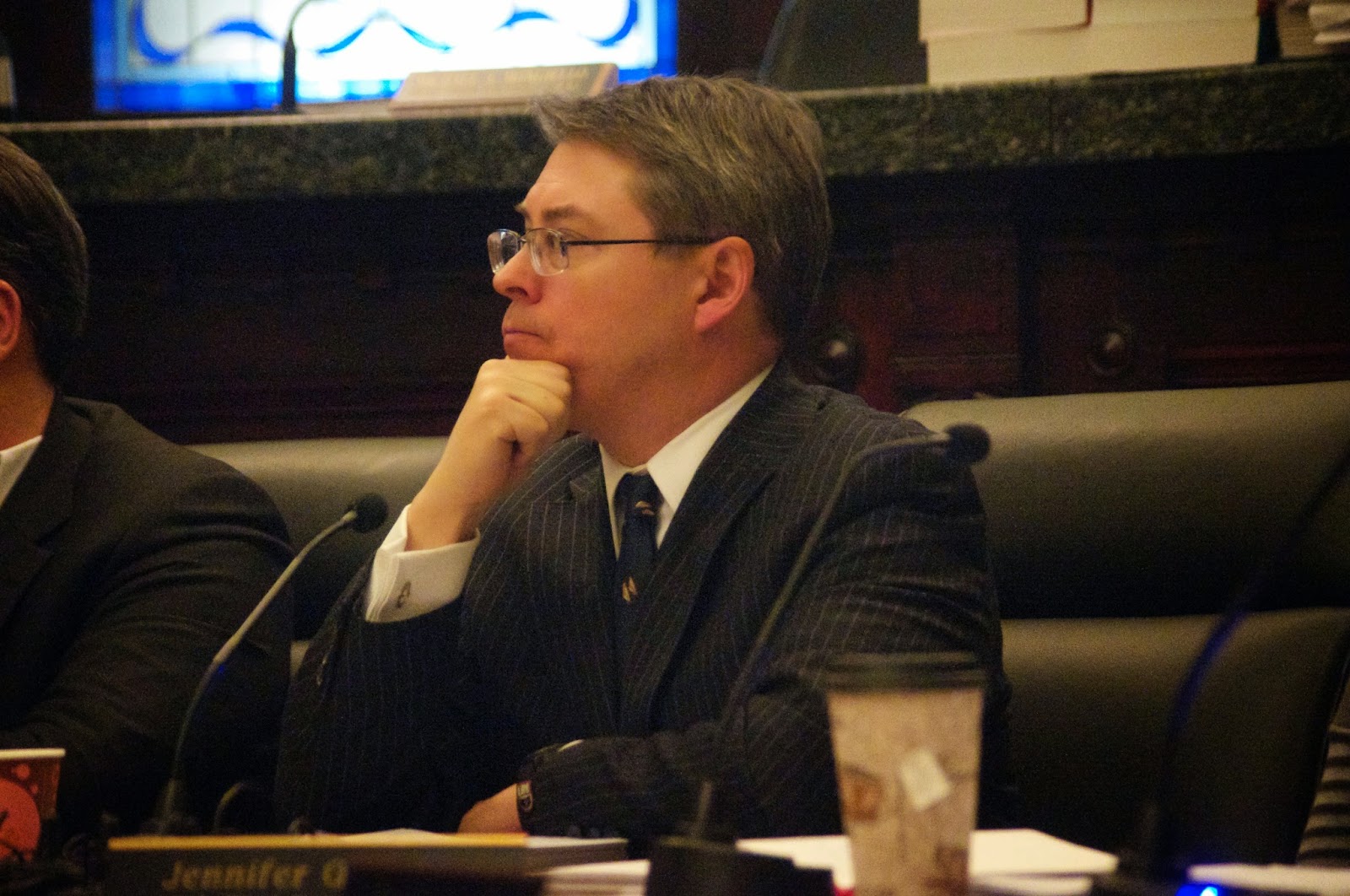 Talking Ed Note: Mayor Dawn Zimmer has called for a special City Council meeting Monday on the issue of the failed resolution voted down by Council members Beth Mason and Terry Castellano.

Six votes are required to authorized the expenditure after the previous unanimous vote of the Hoboken City Council in favor of the second pump to aid the west side of Hoboken covering Michael Russo's third ward and part of Peter Cunningham's fifth ward.

Posted by SmartyJones at Friday, February 20, 2015