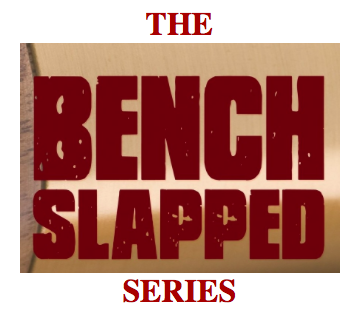 Masonista lament:
"We're all getting labeled as Russos, synonymous with corruption"

Wednesday's emails like all the others is a Hoboken smash hit. People can't get enough of the inside revelations of Beth Mason's intimate senior advisors: the venom and nasty backbiting of their rudderless, hollow policies and the downright foul stank Beth Mason surrounded herself with in attempting to advance her political career.

If Hoboken had to have its local hospital destroyed with 1200 jobs wrecked and see the city itself bankrupt, there wasn't so much as a blink of recalcitrance. (More on that later.)

So due to popular demand here's more on the Masonista frustration with the corruption associated with the Russo clan. While publicly aligned with Councilwoman Beth Mason and her Russo clan allies or the third ward of La Famiglia as Lane Bajardi called them, privately there was recognition a price must be paid for a marriage made in hell.

Call it hypocrisy, call it stupidity, just don't call them Beth Mason political operatives. Then it's off to Hudson Superior Court with a demand for $2,000,000 in over two years of litigation and expenditures in the hundreds of thousands of dollars in five states with at least six lawyers.

All that kicked off by a "Hoboken couple" who were unemployed for most of the two and a half preceding years and just happened to have special "friends" in Beth and Ricky Mason.  (Beth Mason says she had nothing to do with it. Of course she herself publicly announced it 15 days before the civil lawsuit by Lane Bajardi and Kimberly Cardinal Bajardi was filed in July 2012.)

Hey that was the party line then and this is now. So here's to another Fun Friday for everyone.
These are complete and original emails from April 2011:

Oops, Michele Russo: which leads to this reaction:

Then this reply, "We're all getting labeled Russos, synoymous with corruption" 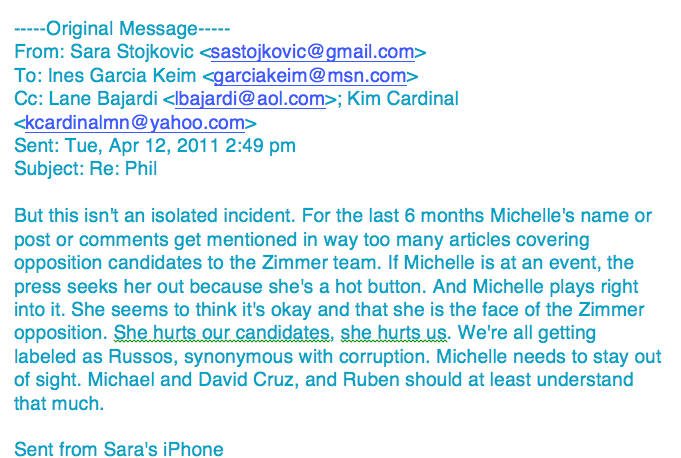 Lane Bajardi shares thoughts about hiding some of the Russo clan corruption problem after the FBI videotape of Michael Russo agreeing to bribes for zoning variances surfaced:

Not off the hook Former towing operators sentenced one tells FBI that both Russos wanted bribes
Posted by SmartyJones at Friday, March 13, 2015