Last night, multiple police agencies responded to a bomb threat called into Hoboken Police Headquarters. The threat was made to 66 Willow Ave, the Neumann Leathers building in southern Hoboken, and police took the threat seriously and took all necessary precautions to protect the safety of residents. The building was searched multiple times by the police and was deemed to be neutralized from any threat. Due to the investigation, Observer Highway was closed to traffic and reopened early Sunday morning, once the police determined it was safe for the public. The Hoboken Police Department is still investigating the person who called in the threat, and is working with the Hudson County Prosecutor’s office and the FBI Joint Terrorism Taskforce to determine where the call came from. Police Chief Ken Ferrante gave the following account: At approximately 7:35 p.m., a call was made into police headquarters from a male who stated that he had a bomb and threatened to blow up 66 Willow Ave. Police responded immediately and began an evacuation of the building. Upon completion of the evacuation, the individual called police headquarters again and threatened to kill himself and police, after thanking the police for evacuating the building. The individual further stated that he had several weapons and bombs, and again threatened the life of police officers.  A series of phone calls continued with a multitude of threats and demands. Based on the severity of the threats, the area surrounding the Neumann Leathers building, which is a large factory and home to over 45 artist and music studios, was shut down. Observer Highway, Newark Street and Willow Avenue were closed and a frozen zone was placed around the building. During the night, the Port Authority Emergency Services Unit performed critical services as the officers performed three searches of the building for the individual and then went in a fourth time with bomb sniffing dogs from New Jersey Transit Police, Jersey City Police and the Hudson County Sheriff’s Department. At 2:30 a.m. the scene was deemed to be clear and safe. The Hoboken Detective Bureau, along with the Hudson County Prosecutors Office and liaisons to the FBI’s Joint Terrorism Task Force are continuing the investigation with the anticipation of apprehending the caller.“I want to thank all the public safety officers who responded to the bomb threat in Hoboken last night,” said Mayor Dawn Zimmer. “The officers went above and beyond the call of duty to swiftly respond to the situation and ensure the safety of all residents. In particular, I want to thank Chief Ken Ferrante, Captain Tory Pasculli, Captain Charles Campbell, and the entire Hoboken Police Department, in addition to officers from the Port Authority Police, the Hudson County Sheriff’s Department, New Jersey Transit Police, Jersey City Police Department and the Hudson County Prosecutors Office who were working in conjunction with the FBI’s Joint Terrorism Task Force and the New Jersey State Police’s Regional Operations Intelligence Center. Thanks also to the dedicated members of the Hoboken Fire Department, Hoboken Volunteer Ambulance Corps, and the Office of Emergency Management for assisting in the efforts throughout the event. I also would like to thank Stevens Police, the Hudson County Sheriffs and Union City Police for handling patrol duties in Hoboken for eight hours during this event.”“There were many requests for information to be presented to the public through media and social media during the event,” said Chief Ferrante. “Based on the dynamics and danger at hand during the event, and the level of the threats and the belief that the individual was counteracting strategies and information that was stated over the police radio, I decided to have all communications be done at the scene, person to person, and to not put any information out which could have harmed our residents and our law enforcement officers that were undertaking a dangerous task during a very tense scene.” 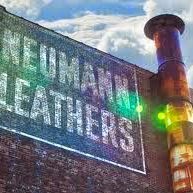