Reports continue to come in to MSV the Beth Mason poll contagion is spreading in the Mile Square.

Panic and fear have gripped residents as the second ward infection seeks to spread malicious Big Lies onto unsuspecting citizens who are attempting to enjoy their summer. 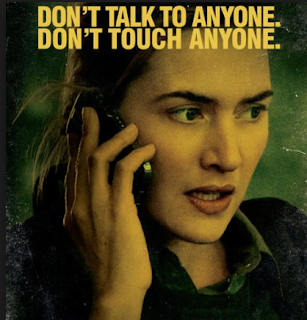 The northeast sector of Hoboken is believed most infected in Applied Housing buildings with the highest concentration of the queen virus specimen reported at upper Hudson Street and the political section of an office at 12th and Washington posing as a charity.

Origins of the infection have been traced to a dank, rank residential street in Weehawken. County officials are on the scene attempting to contain a foul fishy odor and evacuate local residents. Unconfirmed reports say some residents in the vicinity have ingested a similar virus where they lie prone crawling on their belly barring their teeth imitating an old SNL skit believing themselves to be landsharks.

Hoboken voters are warned the infection is most easily spread when they answer their phones and through ass to ass contact. (The contagion typically attaches itself to the host's ass where other similar bacteria reside.) The contagion seeks to take root in unsuspecting low information voters, distracted residents and children.

City Hall is rumored to be seeking common sense specialists out of the Center for Disease Control to help residents protect themselves from infection with further instruction how to isolate family members who may have already been contaminated by Beth Mason.

A SLAPP-suit antidote discovered earlier this month shows positive signs of success in mice, rabbits and horses. Final testing with CDC approval is however weeks away.

In the meantime, Mile Square residents are urged not to take calls from unfamiliar phone numbers and to hang up immediately if there is an unfamiliar southern type female voice on the line.

Once a Beth Mason Big Lie specimen is injected in the first 30 seconds of a call, the recipient may feel nausea, dizzy spells, headaches, and experience diarrhea and vomiting shortly thereafter.

Further symptoms within several hours include feelings of dread, inability to sleep and an inexplicable desire to tune into 1010 WINS AM radio between the hours of 1:00 and 5:00 am Sunday through Thursday.

Residents are warned doing so may lead to psychosis, delirium and ranting about an imaginary political machine running both Hoboken and Hudson County out to get you. Final stages of infection reportedly include a dying desire to blog on Hoboken411, the Hudson Distorter and contact the Mason household begging for legal assistance. Psychosis at this stage is thought terminal with victims foaming at the mouth babbling delusional fantasies about imaginary non-existent children planning a home invasion and assault against their family.

Analysis of the contagion shows it to be a single cell organism with similarities to a paramecium, a guppy and a sea monkey. It can be spread by mouth, phone or most commonly anus to anus contact. The organism seeks an environment most similar to itself in a human host with a common ass bacteria called klebsiella.