THREE YEARS AFTER SANDY, HOBOKEN IS BUILDING A MORE RESILIENT COMMUNITY
Three years after Hurricane Sandy, the City of Hoboken is making progress towards creating a more resilient city through many initiatives.
The City funded the construction of the H-5 wet weather pump, which is currently underway, and is moving forward with the acquisition of the 6 acre BASF property in Northwest Hoboken that will be designed with at least one million gallons of underground stormwater detention. Both projects will alleviate flooding in northwest Hoboken, including the flood-prone neighborhood around the ShopRite.
Funding and plans are in place for construction of the Southwest Park which is also designed with underground stormwater detention. The start of construction has been slightly delayed due to State regulations and will begin as soon as the New Jersey Department of Environmental Protection (DEP) issues final permits, which is expected to occur soon. In addition, the City is finalizing negotiations for an agreement, which will soon be considered by the City Council, that would create a  resiliency park and plaza at 7th Street and Jackson Street.
Residents should be aware that the City of Hoboken may be the only city in the State of New Jersey and among the few in the country which has passed legislation to prohibit residential and commercial development on the waterfront. The City is fighting in Federal court to enforce this important legislation.
The City is also working with the State of New Jersey to implement a “Resist, Delay, Store, Discharge” flood resiliency strategy which received $230 million through the Rebuild by Design competition.
“We are making real progress towards implementing a comprehensive water management strategy in collaboration with the DEP, federal government, and neighboring cities, and thanks to the dedicated work of our resident volunteers on the Community Advisory Group,” said Mayor Dawn Zimmer. “I strongly encourage our community to remain involved so we build consensus and implement this plan with the goals of reducing flood risk and lowering flood insurance costs.”
A Public Scoping Meeting for the Rebuild by Design project was held on September 24,  which can be viewed online  www.youtube.com/watch?v=iD7rLXsBjMw. The latest project documents and updates are available on the project website: www.nj.gov/dep/floodhazard/rbd-hudsonriver.htm.
In addition to physical infrastructure to improve flood resiliency, Hoboken has developed award-winning guidelines and innovative policies to help private property owners design flood-proof properties and incentive the implementation of green roofs.
The Resilient Buildings Design Guidelines, meant to simplify and consolidate information on building within Hoboken’s floodplain, are available online at www.hobokennj.gov/docs/communitydev/Resilient-Buildings-Design-Guidelines.pdf.
A set of recent Zoning updates related to roof decks has, in just three months, already led to the approval of a dozen green roofs totaling nearly 14,000 square feet of space and capable of preventing a combined 7,000 gallons of stormwater runoff. 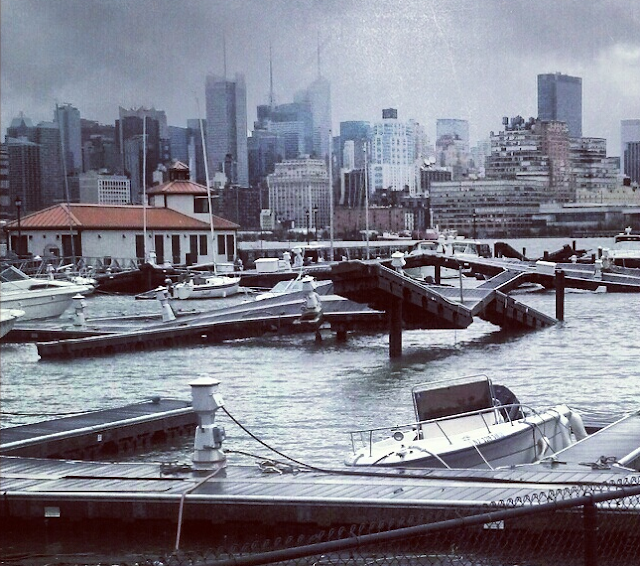 Posted by SmartyJones at Thursday, October 29, 2015