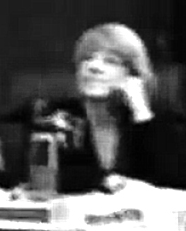 More ugly mailers, of the Beth Mason - Finboy variety riddled with lies similar to the Nazi Truck in 2012 right in the smack of Hurricane Sandy.

Of course Beth Mason has to go out ugly. How could it be any other way?

Grafix Avenger reports the hit job mailers against Councilwoman Jen Giattino have reached a trifecta. MSV got wind from a reader earlier but thought the phony "she voted for assault weapons" photo was actually a joke and not an actual mailer. (Assault weapons not being legal anywhere in America, how could it be anything but a joke, right?)

Apologies to all the readers on that incomplete information. There's a lot of pride in getting it right here. After all, we're not the pro Old Guard Hudson Distorter. Suppression of newsworthy stories and facts isn't approved of here.

So the total with five days left in this campaign at the typical sleazy underhanded fabrications offered up by Beth Mason and her dirty crew in Carmelo Garcia mailers is actually three. And counting.

And that obviously puts Hoboken's magic number at the number of days Beth Mason can deploy the family checkbook to harm the Mile Square in this election to five.

In the interim, Godspeed to Jen Giattino and her family who are more likely than not to be subjected to more pernicious abuse courtesy of the shameless councilwoman who set upon Hoboken a Nazi Truck in the midst of the devastation of Hurricane Sandy three years ago and will be remembered most for her narcisstic obsession to gain power in the midst of a community tragedy.

As many will recall, both Hoboken rabbis publicly asked for an apology. They instead got nothing but Mason's contempt.

Beth Mason wheeled money illegally to the Nazi Truck campaign breaking the very ordinance passed by the Hoboken City Council and Councilwoman Jen Giattino in 2011. When the City's Corporation Counsel issued a letter highlighting Mason's transgression, she took her usual action when caught: nothing.

People are evaluating the latest round of required NJ ELEC campaign filings. While some candidates are missing entries surrounding campaign efforts, there's only one who has filed not a single cent of a campaign contribution or expenditure anywhere.


He's taking after Beth Mason who is on the all time top lists of ELEC violations in NJ history!

Can you guess who this lone Hoboken culprit is?

Another attack in the offing for Councilwoman Giattino and her family may come with their move a few blocks north in a temporary apartment when their home was ravaged like so many others in Hurrican Sandy.

Jessica Coco can tell you all about the repeated attempts burglarizing her home, vandalizing her car and threats she received for questioning the Vision 20/20 redevelopment scam. It all ended soon after Carmelo Garcia's contract was terminated. (Senator Stack quietly offered her assistance suffered in repeated vandalism.)

After Hurricane Sandy, MSV received a message from Beth Mason political operatives repeatedly assaulted in broad daylight on Washington St. with both Beth Mason and Ines Garcia Keim standing not a dozen feet away. Loud requests to Mason to stop the assault of her political operatives were met with silence. (Ask me to recount Garcia Keim's response why she said/did nothing in a conversation months later.)

As an aside, Mason continues to press a criminal complaint against MSV claiming she was assaulted with a envelope which contained a subpoena to appear in the Bajardi v. Pincus frivilous SLAPP-suit she publicly supported against a dozen Hoboken residents.

The trial date has been moved again from October 30th to December 11th. Everyone's invited. 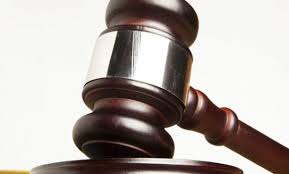