Grist for the Mill: Russo intervention for cousin Castellano 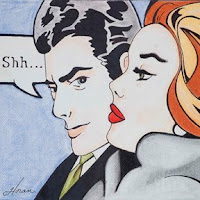 Councilman Russo himself lightened his election load over a steak house deal in Weehawken where Frank "Pupie" Raia withdrew after the official deadline in search of continuing health benefits via West New York's NHSA commissioner seat. (Mikie, did you call and clear that with Brian or were your hands too busy in the cookie jar to make the call?)

That deal blew up with MSV's exclusive report and neither Russo nor any HudCo Humpty Dumpty can put it back together again.

With all the free time on his hands, Russo isn't investing that time (and of course his money) in his running mates on the Russo faction Carmelo Ticket. While he showed up to cajole competing slate candidates at the Hudson Reporter debate who have nothing to do with his third ward, it's Mi Famiglia he's worried about.

So Russo is preoccupied with the first ward as any hopes he holds for a City Council majority after the November 3rd election could very well go poof with a loss in the first ward and all that political reinvention of his image for a possible 2017 mayoral bid with it.

(Today, GA reports an inquiry to the south NJ Assemblyman and "no idea"' how Hoboken's ethic cleanser got his hands on their envelopes.)

Perhaps, Russo will consult with Freeholder Anthony "Stick" Romano on how to put out the latest fire in another illicit transgression Garcia has gotten himself into but then again, who else other than MSV and GA will report it?

The Russo faction candidate most likely to be left out high and dry is Eduardo Gonzalez in the fifth ward. Russo is said to be less than pleased with Gonzalez's debate performance which he oversaw at the Elk's and any hope Gonzalez thought joining the Carmelo Ticket and obtaining a bevy of Old Guard support and votes is dissipating.

As Councilman Peter Cunningham reelect signs have just become available, they're popping up all over the fifth ward with one or two even finding their way on windows in the second ward.

As Terry Castellano eyes spending a literal quarter century on the Hoboken City Council, others are wondering if Mike DeFusco will in the end retire one of the two Russo Clan members.

On November 3rd, it's all cleared up.


Talking Ed Note: Here's more on the lengthy list of "Council of No" obstruction Terry Castellano gleefully participated in since 2011 alone. Hatred for the mayor outweighed doing the decent thing for Hoboken.

Isn't it time for that to end?

Posted by SmartyJones at Wednesday, October 14, 2015