I am writing to express my enthusiastic support for the re-election on November 3rd of 5th Ward Councilman Peter Cunningham and 6th Ward Councilwoman Jen Giattino.

Our City has made an enormous amount of progress over the past several years. Here are just a few examples of what we’ve accomplished together:

We’ve reduced the municipal portion of our taxes by almost 10 percent since their peak in 2010, while creating a fiscally responsible surplus that improved our bond rating from near junk to AA+.

Projects are underway that will add an additional 8 acres of new open space in the Western side of the City. This includes a 5-acre Resiliency Park, and a new large municipal parking garage to be built in the 5th Ward.

We’ve re-paved substantial portions of the City including the recent re-paving of Bloomfield Street.

Work is underway on our 2nd flood pump. Together with the multi-million gallon retention basins to be built as part of all three of our Western Resiliency Park projects, this pump will finally provide real flood protection for residents of Hoboken’s flood prone neighborhoods on the Western side of the City, including the neighborhood near ShopRite.

The repaving and redesign of Washington Street is underway. Councilman Cunnningham and Councilwoman Giattino were strong advocates for this project and their support as Council members will be critical to ensuring that this important project gets funded and completed next year.

Thanks to their strong commitment and dedicated service we've accomplished a great deal for our City and have the opportunity to do so much more in the very near future.

Thank you for your support
Mayor Dawn Zimmer 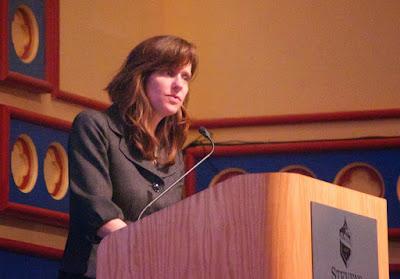