The Hoboken November election has come and gone but the bills in the fourth ward have not been paid.

An illicit war over votes was waged between two fourth ward Old Guard camps according to sources in downtown Hoboken with many attempted vote sellers left less than satisfied with the transaction.

Many of those people who agreed to sell their votes accepting checks for the alleged illicit deal discovered later the bounce was higher than off a NBA tomahawk dunk.

There was more than a little game of double cross going on between the two sides. 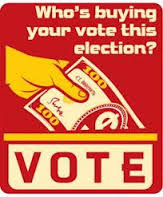 The rest of this story is MSV Premium and will be sent
to members later today.

Posted by SmartyJones at Tuesday, November 17, 2015