The lawsuit filed against the City and Mayor Zimmer in March 2013 has been dismissed in its entirety by Federal Court Judge Madeline Cox Arleo. Many of the claims were dismissed “with prejudice” meaning that the claims cannot be re-filed. Several claims were dismissed “without prejudice” meaning that former Chief Falco can attempt to re-file the lawsuit with respect to those items by alleging different facts than he has so far to substantiate his causes of action, or by filing the claims in State Court. While it is possible that Chief Falco and his lawyers will take this route, the decision is an important legal victory for the City and its attorney Victor Afanador of Lite Depalma Greenberg, LLC.

In his lawsuit, Chief Falco claimed that his constitutional rights were violated because he believed that the City, under Mayor Zimmer, had interfered in the running of the Police Department and had not paid him benefits (both before and after his retirement in 2014), to which he believed he was entitled.

Chief Falco claimed he was discriminated against because he was “Old Hoboken.” The Court ruled that “Old Hoboken” was not “a cognizable political association” saying “Indeed, it does not refer to any political class or association at all.” The Court also observed that Chief Falco had tried to make a new argument in his brief that he was retaliated against because he is a member of a particular Church in Hoboken, apparently attempting for the first time to invoke a “protected class” based on religion. This was a claim he had never made in his lawsuit. Since this new claim had not even been referred to in the complaint, the Court declined to consider it at all.

Chief Falco also claimed in his complaint that he had not received any payment at all upon retirement as retaliation for his having sued the City and having testified against the City in another lawsuit. The Court ruled that Chief Falco had failed to allege any actual legal right to such a payment, only that he had “a unilateral expectation that he would receive it because other HPD officers did when they retired.” Contrary to Chief Falco’s claim in his pleadings that he received no payment whatsoever upon retirement (a claim the Judge accepted as true for the purpose of deciding the motion) he was mailed a retirement check from the City on September 10, 2014. The Chief in fact was provided with a $153,551.19 retirement benefit which after deduction of Federal and State taxes resulted in a net payment of $104,414.81. Chief Falco chose not to deposit that check and returned it to the City. He then claimed in his court filings that he had received no payment at all.

“I’m gratified that Judge Arleo saw through the smoke blown at the expense of the Hoboken taxpayer and dismissed this frivolous case in full,” said Mayor Dawn Zimmer. “ I hope that Chief Falco will now accept the fair retirement payment offered by the City rather than attempt to revive a lawsuit that has already cost Hoboken’s taxpayers a substantial amount in legal fees.” 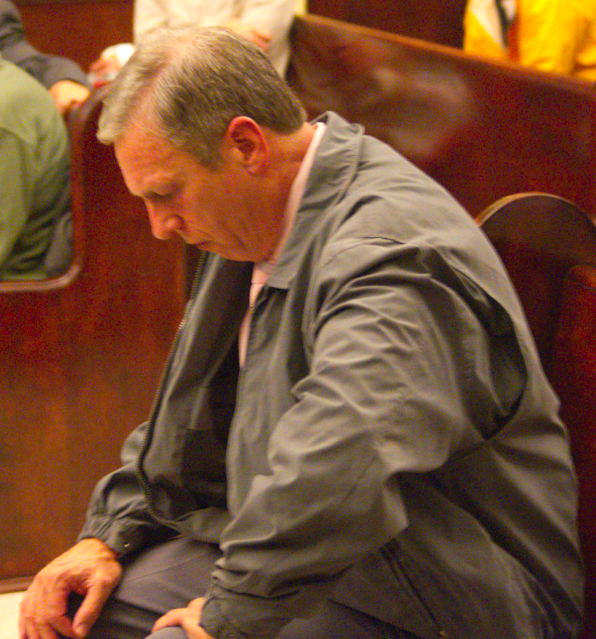 Posted by SmartyJones at Tuesday, November 17, 2015