Guest of the Stable: Jay Zeke Master Litigator on the Hoboken Election

I'm sure you all know me from Channel 78 where my hard work and legal brilliance has put an end to all of my various clients' careers on Channel 78. But as the old saying goes, when one door closes, another ship sinks. So I'm here today to offer my perspective on one of the important races that will be decided in your city today. Full disclosure, I'm not just giving an endorsement, I will be following it as well as I believe I am going to be voting on behalf of something like 12 people through some arrangement that I am not supposed to ask about and am happy not to.

The [insert election locality] of [insert broader jurisdiction] used to be a land of opportunity. Small farms, light industry, palm tree lined streets nestled between snow-capped mountains. It was a place where a feller could find a gal at the Saturday evening dances up at the county fair grounds and raise up a family of youngin's to work his spread and take over the ranch one day. Then it all changed. Just [insert years since opponent was elected] years ago. (Hey, if anyone can help me with the inserts on the boiler-plate part that would be a big help.

I got the rest off of fliers I found in the trash and stuff like that.) What happened on that fateful day, mm/dd/yyyy? Congresswoman Geronimo was elected! Just look at that name - Geronimo. Indian right? What's that tell you right off the bat? She'll be sending high paying factory jobs off-shore first chance she gets, that's what! And what about her well-documented program to use the budget surplus to hand out assault weapons to kindergarteners at the Superbowl?!?! Sorry, but that just sounds potentially unsafe to me. But there's good news on the horizon. The man they call Happy Meal! A man who isn't just promising but delivering a generator to every parking lot! But what are the philosophical cornerstones of his campaign? Number one: Diversity Happy Meal believes that just saying "diversity" is no longer enough. We have to have an end-game in mind.

Here's a simple message I got from watching television that I'm pitching to the campaign: Every child -- no matter his racial, ethnic or social background -- should have the opportunity to one day grow up to be a white child. That is the dream. Let's make it a reality. As my client, owner of a hotel named after beloved slave owner and slavery apologist Henry Clay, likes to say: Children need to develop or die. Number two: Animal Husbandry As a rodent myself I was delighted to learn of Mr Happy Meal's vital 6th Ward legislation to replace pig crates with pig pens. In fact we've all taken to calling our illustrious candidate and future congressman Pigpen Happy Meal!!

The choice is clear. And so without further ado.... The sovereign state of Sketchy Litigation Pennsylvania casts its at least 12 votes so far for the next President of the 6th Ward ... Pigpen Happy Meal Martinez!!!! Score another one for ... Jay Zeke --- Master Litigator!!! (Cash only, all sales final. It's 12x$40, right? So that's $480. Plus $3 for the endorsement so $483 altogether. Not bad.

Is there another election next week? I might become a professional voter since the law thingy is kind of tanking these days.) 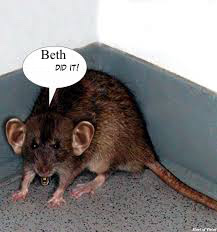 Posted by SmartyJones at Tuesday, November 03, 2015