Water pressure has been restored to many portions of Hoboken, however some residents, particularly in high-rise buildings, may still experience no or limited water pressure. For those residents who live on the upper floors of high rise buildings, United Water recommends that cold faucets be turned on until service is restored, so that demand to the system is increased. Full water pressure is expected by tomorrow.
United Water continues to be on scene to repair the water main break and will continue working throughout the night and into tomorrow.
Road closures in southwest Hoboken will remain in effect tonight and until at least Monday afternoon. Observer Highway is closed west of Henderson Street to Jersey Ave. Harrison Street is closed from Paterson Avenue to Newark Street. Jackson Street is closed from Newark Street to Paterson Avenue. Vehicles traveling north on Jersey Ave will need to turn at 18th Street.
Residents normally exiting or entering Hoboken through the south portion of the City are strongly urged to use public transportation or travel through the north end. During commuting hours, the Hoboken Police Department will have 20 officers in the area to direct traffic along with additional officers from the Hudson County Sheriff's Office and Jersey City Police Department to direct traffic on the Jersey City side of the area.
A boil water advisory remains in effect until at least Monday. Residents should boil their water for at least one minute for the following: drinking, cooking, or baking, making ice cubes, taking medication, brushing teeth, washing food, mixing baby formula or food, mixing juices or drinks, feeding pets, and all other consumption. Water does not need to be boiled for showering, washing dishes or clothes.
Two additional water trucks have been added for residents to obtain clean drinking water at 14th Street and Sinatra Drive and in front of Hoboken High School (900 Clinton St). Water trucks will also remain at 76 Bloomfield Street, 310-320 Jackson Street, City Hall (94 Washington Street), and 311 13th Street until full water service is restored. Five additional water trucks have been assigned to fire houses for water suppression.

Crews have isolated the water main break in southwest Hoboken and water pressure is beginning to be restored through the north end interconnection.

A boil water advisory remains in effect until further notice.

Water restoration with limited pressure is expected within 2 hours to almost all of Hoboken.

Repairs to the water main will continue overnight. Full pressure restoration is expected by tomorrow. Water trucks will remain available until full service is restored.

There are numerous street closings in southwest Hoboken. Drivers are advised to exit through northern Hoboken today and tomorrow.


Update: 11:19 am: United Water and emergency personnel continue to investigate the large water main break in Hoboken and will remain on site until repairs can be made. Water pressure could potentially be restored to Hoboken in several hours.
Additionally, United Water is advising that as a precaution, Hoboken residents should boil their water for at least one minute for the following: drinking, cooking, or baking, making ice cubes, taking medication, brushing teeth, washing food, mixing baby formula or food, mixing juices or drinks, feeding pets, and all other consumption. Water does not have to be boiled for the following activities: showering, washing dishes or clothes.

The City of Hoboken announced an advisory of a major water main break affecting Hoboken.
The major break impacts the city at the Jersey City-Hoboken border on the southern end of town.

United Water crews are en route to Hoboken to make the repairs. 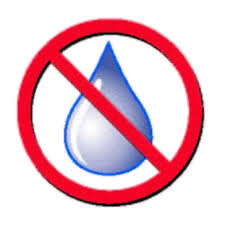 Talking Ed Note: Yet another vestige from the days of corruption. This one under the Russo Administration. Son Mikie will be upset this is pointed out but United Water scored one sweet deal at the Mile Square City's expense and infrastructure improvements were worth zilch in a deal.

The City needed money (when doesn't it). And there was a constant need for booze, blow and babes in nearby motels too. Whatta ya gonna do.

We pay the piper. No matter what an Old Guard cleric tells you, the Old Guard is never the answer.

Posted by SmartyJones at Sunday, November 22, 2015