Lane Bajardi's lament: 'All I got is a sullied reputation' 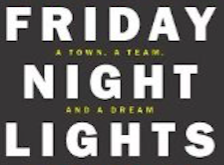 With the recent Hudson Reporter email chatter about "the blogs" and the whimsical wish of conspiracy losers everywhere they are directed by City Hall forces, the Carmelo Garcia "ethnic cleansing" email variety coupled to inspire another peek into the Bajardi v Pincus email vault.

So is born our Friday Night Lights series.

Here's Lane Bajardi complaining to the former 2009 Beth Mason campaign treasurer Ines Garcia Keim that his ubermensch support for Beth Mason in her doomed quest for mayor has earned him nothing but a "sullied reputation."

Ines Garcia Keim is also the current treasurer of the dirt bag Political Action Committee (PAC) "Real Democrats for Hoboken" which unleashed a torrent of nasty fabricated mailers against sixth ward Councilwoman Jen Giattino in a desperate bid to see installed Carmelo "The Wire" Garcia on the Hoboken City Council.

Three years later after the 2009 mayoral election, Lane Bajardi, the frothing Hoboken411 ghostwriter would take a dozen Hoboken residents to court claiming they owed him $2,000,000 apiece for - you guessed it - defaming his reputation.

As many know, the case ended in Hudson Superior Court concluding the litigation not only showed no evidence of Bajardi's reputation harmed but that the years long litigation was a frivolous SLAPP-suit.

In other words, Lane Bajardi is a sham.

This endearing email did not make it into the Bench Slapped Series or presentation to Hudson Superior Court. It wasn't needed. 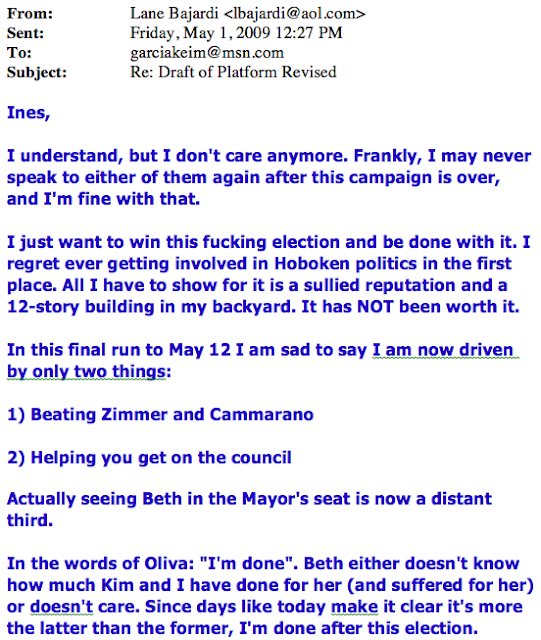 Related: Scene of the Krime: shocking news the funding for the ugly fabrications in four mailers against Councilwoman Jen Giattino looks illicitly funded through the PAC by none other than Beth Mason and her husband, Richard G. Mason of Wachtell, Lipton, Rosen & Katz.

PACs in Hoboken are limited to a $500 campaign contribution. The cost of the four mailers against Councilwoman Jen Giattino was well over $10,000.