For those about to be rocked...


What went over some heads and went without comment here (by some of the sharpest eagle eyes in town) is that the HHA received multiple federal subpoenas.


Da Horsey didn't put it in a blazing headline and the nefarious actions of repugnant, vindictive narcissists typically steal the thunder of the Feds who have not shown much love for Hoboken since a stunted 2011 visit although the criminality here is anything but the garden style corruption variety.

What other town's public official could come up with a plan to truck out millions of quarters to a south Jersey mob connected arcade firm uncounted before departure?

MSV had called on the Feds to come visit Hoboken in the HHA back in February 2013. 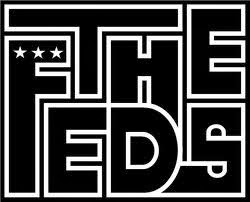 Unrelated: As the bombs began falling on BridgeGate, the flip side in Hoboken, SandyGate went to a watery grave. H-mag got a delivery of the less than typical letter saying the Feds reached a dead end in the she-said, she-said drama to the surprise of no one except the person on the receiving end of the letter.


The rest of this story is MSV Premium and will be made available to members later today via email. Sign up and get the scoop you won't be reading in the Hudson Reporter, or anywhere else.