The HudCo Beast feeds on Hoboken

One more key slide showing the dreadful trend for Hoboken taxpayers. Sure, many have awokened sufficiently to support the Reform Movement and take back their rights here for decent government free of "special deals" the Old Guard feels entitled but that battle goes on too.

Short of going on to tackle the HudCo beast, this trendline isn't changing: 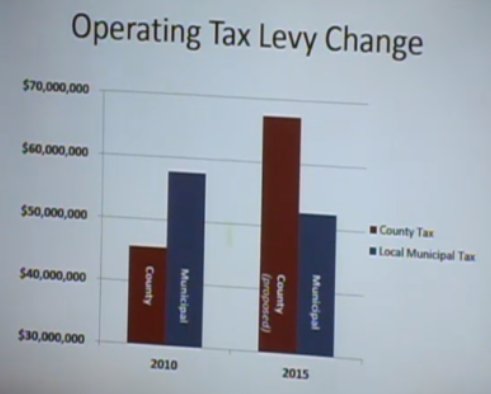 The tax levy for both Hoboken and by Hudson County on the Mile Square shows an unmistakable five year trend.


When people talk about tax increases; it's due to the massive catastrophe ensuing on Hoboken from above via massive tax hikes by Hudson County.

Talking Ed Note: It's a grim picture and while successfully tending to Hoboken's backyard, there's a beast feasting on the Mile Square each and every year.
Posted by SmartyJones at Friday, May 22, 2015
The HudCo Beast feeds on Hoboken
2015-05-22T09:01:00-04:00
SmartyJones
Comments