Tonight's June meeting agenda shows more closed session discussion surrounding the BASF site on the West Side. Hoboken has an interest in obtaining the five acres for a large congruous park on that side of town. The closed sessions must be leading to something.

Introduction of the Western Edge redevelopment is the first ordinance on tap.

MSV has not obtained the final write-in tallies from the City Clerk's Office but understands a district highlighted yesterday as part of Operation Mayhem, the 4-2 is confirmed. Both Councilman Dave Mello and his wife Stacy were write-in victors. 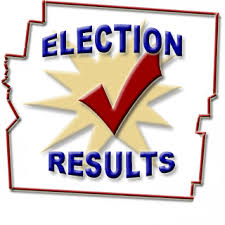 Based on a late but early tally of election results, Hoboken resident Annette Chaparro will coast to November's election after her primary win last night for NJ Assembly.

Chaparro will replace the outgoing Assemblyman, Carmelo Garcia who did not run for re-election. He had lost the support of State Senator and Union City Mayor Brian Stack on the line who joined with Mayor Dawn Zimmer in tabbing Chaparro's run.

The November election for Assembly is not expected to see much beyond token Republican opposition.