The interview below comes courtesy of the Hudson County View.

From Josue's report on Hudson County View, Wefer related how issues at the level of the Hoboken City Council reverberate at the county level. Hudson County raised Hoboken's taxes almost 12% last week. Coupled with the prior year increase, that figure is over 25% in two years and almost 50% in the last five.

Wefer was one of a group of residents who spoke against the Hudson County tax hikes when the County Board of Freeholders held a meeting at Hoboken City Hall.

In addition to Wefer and other Hoboken residents, Mayor Zimmer and Council members Ravi Bhalla and Dave Mello spoke out against the heavy tax increases. The current occupant of the fourth ward seat, Timmy Occhipinti did not attend or speak at the county meeting held in Hoboken.

No Old Guard council members attended with neither Michael Russo nor Beth Mason saying a word in opposition to the hefty tax increases on Hoboken residents. Former Assemblyman Ruben Ramos who is expected to run again for the fourth ward council seat also did not attend or speak out against the heavy tax increases from the county.


“When I walk around [the 4th Ward], the things I hear are the quality of life issues,” said Wefer, “but a lot of those issues fold into three broader issues.”
Wefer believes that county taxes are burdening the residents of Hoboken and has developed a three-point plan to hold the line on city taxes.
“To get cooperation from the county government to ensure that the equalization ratio is either implemented properly, or more likely than not, having to look at the re-evaluations of neighboring municipalities, and the third thing is to work with the state through our state legislatures using the position as a councilwoman to help lobby that.”
Talking Ed Note: MSV attended the event yesterday which came on a hot summery Sunday afternoon showing a good turnout of Reform minded citizens joined by Council members Jen Giattino and Jim Doyle.
A fourth ward race always means a focus on Vote-by-Mail ballots and their controversial payments mostly out of the Hoboken Housing Authority and nearby senior buildings.
Contrary to some who talk about a split between potential Old Guard candidacies, any review of the 2013 VBMs shows there's no equal split. The Occhipinti campaign has consistently harvested the major lion's share of VBMs in the fourth ward at election time.
Posted by SmartyJones at Monday, June 15, 2015
Dana Wefer makes the case for her candidacy for 4th Ward Hoboken City Council
2015-06-15T15:21:00-04:00
SmartyJones
Dana Wefer|Dana Wefer for Hoboken City Council|Dana Wefer Hoboken|Ruben Ramos|Ruben Ramos Hoboken|Tim Occhipinti|Tim Occhipinti Hoboken|Tim Occhipinti Hoboken City Council|
Comments

Last year's increase over 14% means Hoboken has seen more than 25% in increased taxes from HudCo in the last two years and almost 50% in the last five. 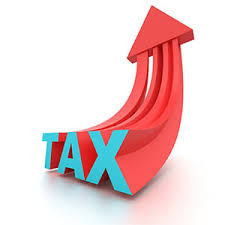 Augie Torres laid out the bad news in a rather stoic political column on Saturday.

Some highlights as it relates to Hoboken: