Kingpin returns: one more for the road 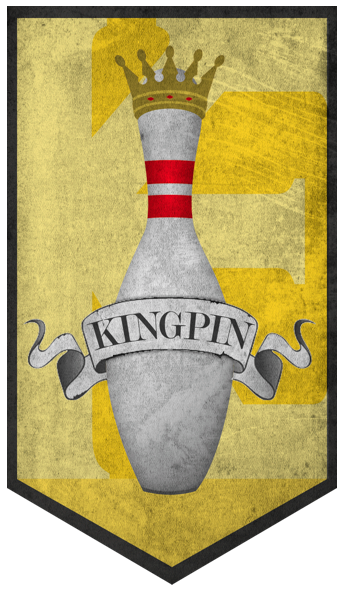 I’ve been waiting quite a while to write my post mortem Hoboken story.  Ever since I returned from Russia at the end of February 2014, my life in Hoboken has not been the same.   I gave up my anonymity, I took the blue pill and it was my decision alone to get involved and try to help.

Upon returning from Russia, I wrote a scathing report on the city administration regarding their efforts around the Super Bowl.  I was asked not to send it anywhere, so I didn’t.  I wanted to expose them, for their arrogance and incompetence, but it would only help those who were out to do the administration harm.  The final two months leading up to the Super Bowl showed me just how the public sector and specifically this current administration are incapable of working alongside volunteer efforts.  And besides, the person I found to be most ineffective, no longer is the Mayor’s Chief of Staff, so it is irrelevant to now expose his incompetence.   Instead, I made the choice of openly saying that I would no longer support this administration with my own personal efforts.  They still had my vote, just not my money or resources.  I thought this would be behind me, and that I would be able to go back to hiding in the shadows of the Hoboken bars.  Instead, I was about to go through Zoning Hell.

In March of 2014, I went to see the City of Hoboken’s Zoning Officer, Ann Holtzman with a simple process question about an addition I wanted to build on to my house.   The letter she showed me should have been my signal to not even try to move forward with my simple addition.  Months earlier the Zoning Board had decided that modifications to all non-conforming lots, that is any lot in Hoboken that is not 20X100 would have to go in front of the zoning board so that the public would have the right to discuss any “Quality of Life” issues that might arise.  For those who haven’t attended an event at my house, I have a very unique space. My backyard doesn’t encroach on any homes and my backyard can be accessed through a gate from the street.  Both buildings adjacent to my property are two and three stories taller than my house. .  There are no quality of life issues, but nonetheless, instead of being able to begin construction immediately upon approval from the Construction Office, I would now be spending the better part of 2014 waiting my turn to be heard by the Zoning Board. All the work I planned to do would be within the City Zoning regulations, so I was not asking for any specific variances like height, or rear set back or anything, just that my lot size was not big enough but this path seemed better than fighting City Hall and challenging their interpretation in court.

What transpired over the next year is so unbelievable; I cannot condense the story into a synopsis.  My story seems so insane, yet let me assure you that my evidence is a lot more than a diary.  I have evidence to suggest that there were City professionals that were not even looking at the right house when using Google Earth to evaluate my property, instead of actually going to my house.
The basic story is that 99% of all my evidence suggests I was trying to put my air condition condensers in one location.  My application, my survey’s, my architect’s blueprints, all point to the same location and my zoning application was approved 9-0 in 25 minutes.  However, my architect uttered one word that could possibly have been interpreted to reflect a different location had it not been for the other 99% detailing exactly where I wanted to put these condensers.  However, the City’s zoning professionals decided to ignore the blueprints, application and all other testimony and that one word trumped all the overwhelming  evidence and as a result I was effectively stopped from proceeding with my addition, even though it was approved by a 9-0 vote.  Well, I could have spent 2 to 6 years in litigation, but who wants to do that?  Upon questioning why the Zoning Professionals would reach this conclusion, the City’s Zoning Professional, who also owns the compost contract with the City, claimed she was not aware of my desire to put the condensers in the specific location, that same location that was on my application, blueprints and bulk of the testimony.  However, in an OPRA request I found a letter from the Zoning Professional to the Zoning Board using the exact words and matching the precise location of where I wanted to put the condensers.  Still, the compromise offered to me from the City’s Zoning Professionals was that if I agreed to move the condensers to where they wanted, I would not have to update my blueprints, you know the blueprints that had them in the location I wanted that these same professionals claimed they weren’t aware of.

My neighbor came to the hearing in support of the application but mentioned that flooding in the courtyard was a concern.  The quick response from the Zoning Board was that I would have to put a dry well in my backyard.  That would add another $25K to my budget, but dry well is a buzzword since it’s part of the City’s Rebuild by Design project, so now for me to do my simple addition, I would have to pay for removal of concrete in my backyard AND my neighbors and build and maintain a dry well.  Now remember I paid the City’s Engineer to do a study of my house.  I had three other required surveys done by Caulfield.  The flooding, it was determined, was caused by the same neighbor’s rain pipe, which was illegally dumping water onto my property.  Let me reiterate, the water was not running off onto my property, rather their rain pipes were illegally terminating on my property.  The Construction Office has since cited the neighbor for this illegal pipe in violation of the City’s public nuisance ordinance, but don’t let facts get in the way, Zoning said I had to put in a dry well and so it must be done.

There’s so much more, but that should paint the picture.  So my application passed 9-0 in 25 minutes (by the way, I had three “quality of life” witnesses that the Board Chairman said would not need to be called).  There is absolutely no logical reason that my project should not have been able to proceed as submitted and approved.  But nevertheless, it was effectively killed.

So why did I chose now to write this.  My house is sold so I am no longer concerned that me speaking up can make things worse.  I enjoyed my 15 years in Hoboken.   With the help of others involved in the music scene, we started something with The Pier Sessions.  It led to the Beer Garden up at the Marina.  Between that and bringing Leo Pelligrini to Indianapolis to see the Super Bowl events, that led to Mumford and Sons and Bob Dylan playing Pier A.  I brought the NFL’s 9/11 ten year anniversary tribute to Hoboken.  The City asked for a fee from the NFL and I got them twice what they asked for.  I brought the only successful New Jersey Super Bowl initiative to Hoboken and didn’t spend any taxpayer money doing it.  After SuperStorm Sandy, I was able to get the NFL Network to do a story on Mayor Zimmer and Eli Manning walking around town and looking at storm damage.  Did I receiving a thank you from anybody for coordinating this?  No, I was told the NFL Network spent too much time focusing on Eli Manning and not enough of Mayor Zimmer.

There are many others who left Hoboken who made a greater impact on our City politics than I did.  Jake Stuiver and Eric Kurta are the first two that come to mind.  There are many others like Roman Brice and Nancy Pincus, who have been sued for their involvement.  But my story is unique.  I helped Jen Giattino win her 6th Ward Council Seat.  I organized several events for Mayor Zimmer and her Council Slate including the Eli Manning fundraiser at The Madison.  I had them all in my home, campaigned for them, helped them with their get out the vote effort and never asked for anything in return.   They even filed on their ELEC report that I provided $2592.13 in fundraiser refreshments.  For those who need more clarification, none of those refreshments were non-alcoholic.   I did not want an appointed position, although I was asked about several boards including the HHA.  But when I needed their help not one of them was there for me.  In a city deeply rooted in political favors, I didn’t need or want anything done that could possibly be construed as inappropriate.  I wasn’t looking for any political “influence”.  I just wanted them to look at what was happening to me with my zoning issue, recognize how wrong and unfair it was, and offer a way they could help.  Something, anything, would have been appreciated.  Instead, all I got was another round of bills from the City’s zoning professionals.


Yes, I’m obviously bitter.  Yes, I feel betrayed.  Mayor Zimmer was never good at separating friend from foe.  I brought her and her husband into the NFL’s Commissioners Suite at MetLife Stadium twice, but today Stan cannot even say hello to me when passing me on the street.  But in the end it’s all good, as I am leaving Hoboken happy.  I’m married, my wife has two wonderful, adorable kids from her previous marriage and she is now pregnant with my baby boy.  My venture into Hoboken politics was another chapter in my long strange trip.  The next chapter has better schools, lower taxes, a swimming pool in my backyard and leaves a collection of pitiful, self-absorbed, self-righteous politicians in my past.
Posted by SmartyJones at Friday, August 07, 2015
Kingpin returns: one more for the road
2015-08-07T08:00:00-04:00
SmartyJones
Comments