Councilman Michael Russo who apparently expected to run for re-election with no opposition whatsoever went on the record claiming a "deal" between his opposition and current nemesis Frank "Pupie" Raia and Mayor Dawn Zimmer.

The mayor is backing a council ticket this fall but has no third ward candidate.

Raia immediately rebuked the notion declaring it "bull crap" and clearly contrasting himself versus Russo saying, "I'm a giver not a taker." He highlighted his decades long service as a founder of HOPES, the North Hudson Sewerage Authority, and Hoboken Board of Education.

Russo is seeking his third term as the third ward councilman and clearly wishes to "evolve" from the person seen on FBI surveillance tape in 2011 when he agreed to a series of bribes with federal informant Solomon Dwek in Jersey City's Whitehorse Tavern. That story was first broken in Hoboken on MSV.

The exchange took place in separate interviews with John Heinis of the Hudson County View.

This video report comes courtesy of the Hudson County View.


Talking Ed Note: In the interview, Michael Russo complained further about the mayor being "hooked up with a developer" who has "multiple projects in the city" concluding it's "everything that's wrong with politics."

While Raia has seen some progress on properties he's owned in recent years, no one has claimed he's received any favoritism and others think he like other local builders have been stalled by the balanced development vision Mayor Zimmer advocates since she took office in 2009.

Did Michael Russo raise any red flag or express concern on any of this in recent years? The answer is very likely a resounding no. The third ward councilman certainly didn't raise a red flag when he was caught on FBI surveillance tape agreeing to a series of bribes related to zoning telling Solomon Dwek to make out a $5,000 check to "Russo for Hoboken."

Russo lives in moderate income PILOTed housing of Church Towers where his voting base is maintained on a "closed" list of tenant vacancies/transactions.  He benefited gaining an apartment when he was only a teenager bypassing numerous others.

It's widely known the Russo family made well into seven figures in real estate transactions and some questionable votes on the City Council may have paved the way for eventual exclusive real estate commissions in northwest Hoboken adding to the haul.

Raia is seeking to reverse fortunes in their previous 2007 City Council contest for the third ward seat.

No Hoboken election, especially one with an Old Guard heavyweight match-up such as this will go without behind the scenes warring and the controversy of Vote-by-Mail irregularities.

Those questions can be expected to mount not only in the third ward race but especially the fourth ward in the area of the Hoboken Housing Authority.

Related: MSV set the standard for investigative reporting on the controversial use of Vote-by-Mail in Hoboken back in 2010 and more recently in 2013. Its coverage has been followed by PolitickerNJ, Hoboken Patch and others. 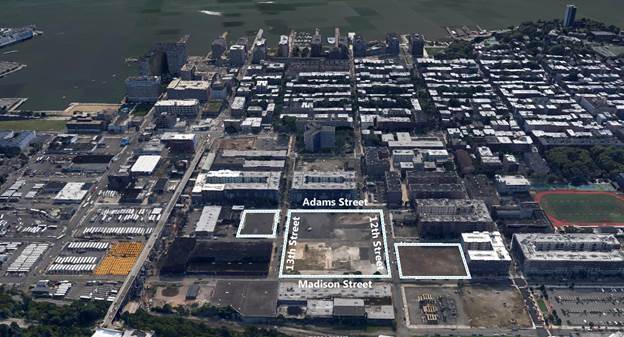 The City of Hoboken is moving forward to acquire a 6-acre undeveloped property in northwest Hoboken for use as a large “resiliency park” with at least 1 million gallons of integrated flood mitigation capacity. A portion of the property would also be designed with a municipal parking garage, potentially with rooftop recreation or other public amenities. The property is currently owned by BASF (previously Henkel/Cognis), and the project is one of three “resiliency parks” planned as part of the Rebuild by Design flood resiliency plan.

“This six-acre property is the City’s last remaining option for acquiring such a large amount of contiguous land for open space, and it would provide Hoboken with a unique opportunity to address three of our most pressing challenges – flooding, open space, and parking,” said Mayor Dawn Zimmer. “Creating Hoboken’s largest park – the same size as Pier A – would provide much-needed open space in western Hoboken, take pressure off our other overcrowded parks, and complement our flood resiliency strategy by being designed to hold at least 1 million gallons of stormwater runoff. It would also add parking capacity by creating Hoboken’s first municipal garage in northwest Hoboken.”

The Hoboken City Council previously authorized the use of eminent domain to acquire the BASF property for open space and authorized the City’s application for low-interest funding from the New Jersey Environmental Infrastructure Trust (NJEIT) for acquisition of the property. NJEIT loans provide 0% interest on 75% of the loan amount, market rate interest on the remainder, and 19% principal forgiveness.

At the upcoming Council meeting on Wednesday, September 2nd, the City Council will be asked to vote on three separate measures to 1) authorize the use of eminent domain to acquire the northern parcel of the property for a parking garage 2) authorize a $1.6 million Hoboken Parking Utility bond for land acquisition and engineering costs for detailed design of a parking structure, and 3) authorize a $16.7 million bond ordinance to acquire the larger portion of the BASF property for open space, park design and engineering costs, and for construction costs of the Southwest Park. NJEIT would purchase the bond to provide the low-interest loan to the City.

Update on Southwest Park
Construction of Hoboken’s Southwest Park, which is also designed to hold over 200,000 gallons of stormwater runoff, is scheduled to begin this fall. An archeological review of the site needed to be completed prior to construction. The City Council previously authorized applying for a low-interest loan from the NJEIT for design and construction of the park. The final conceptual plan is available at www.hobokennj.org/swpark.

Update on 7th Street & Jackson Street Park and Plaza
The Hoboken community is invited to a public meeting hosted by the City Council Community Development Subcomittee to discuss a proposed finalized redevelopment project at 7th Street and Jackson Street adjacent to the Monroe Center as part of the Northwest Redevelopment Area. The project proposes approximately 2 acres of public parks and open space, a municipal gymnasium, advanced stormwater detention to assist in flood mitigation efforts as part of the City’s comprehensive Rebuild by Design plan, and mixed use residential and retail components along the western portion of the site, next to the Hudson-Bergen Light Rail line. The meeting will take place on Monday, August 31, 2015 at the Jubilee Center, located at 601 Jackson Street and will begin at 7:00pm with a presentation of the project followed by a question and answer period.
Posted by SmartyJones at Tuesday, September 01, 2015
HOBOKEN MOVES TO ACQUIRE 6 ACRE PROPERTY FOR CITY’S LARGEST PARK
2015-09-01T07:03:00-04:00
SmartyJones
Comments