Summer season is over and Hoboken will see its first ward races in November since it switched from spring. In 2011, the ward races were conducted in May. Board of Education races will share the November ballot too.

MSV of course chows down come election season. This one will be no different. The Hudson Reporter is embarrasing with the consistently awful bad rumor fare pumped out. It can't muster even a political treat of accuracy choosing to insult their remaining readers. Perhaps that's the pravda point.

Of course, maybe the Hudson Reporter will be proven right and Mayor Zimmer resigns this month.

There's no rule the weekend rag can't steal off MSV and at least get some Hoboken political news right once in a while. At the stable, there's pride in accuracy. Speaking of which, how come the Hudson Reporter released a council meeting story a week late and said not a single word about Beth Mason automatically resigning the seat under NJ law with the council having to restore her lame duck status? MSV witnessed their reporter in attendance sitting in the front row.

Was it because of the previous week's awful prediction a council vote weeks ahead would force Beth Mason out? There's wrong and then there's the Hudson Reporter's unique brand of wrong. Expect a correction in, well, you'll never see a correction: just more suppression of the truth.

Ok, so back to election season. Please make sure your campaign has an established contact for releases, announcements, etc. As in the past MSV publishes official candidate releases with no editorial comment per policy.

Any questions or should you need additional information for election ads on MSV contact Da Horsey - smartyjones@me.com. 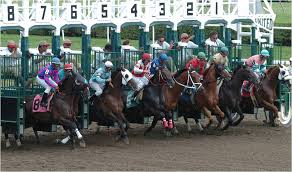