From the desk of Hoboken's Dawn Zimmer:

Guest of the Stable: David Dening: Vote for Jen Giattino and leave Carmelo Garcia "a relic of the bad old days"

It was originally sent to the Hudson Reporter more than two weeks ago. It's now published here for the very first time. 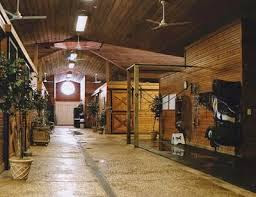 Carmelo Garcia is running for City Council in the 6th ward, my home. As a Commissioner for the Hoboken Housing Authority I have a unique perspective on his qualifications. Last year I, and my fellow Commissioners, removed Garcia as the HHA's director.

Firing Garcia was a clear choice.

For 2014 HUD declared the HHA a 'Troubled' Authority. This designation is shared by only 40 authorities nationwide. Under Garcia, HUD reports, the HHA's Physical stock was substandard for five years running.  Recent audits revealed millions of improperly contracted services and the 2014 budget was overspent by nearly a million dollars.

I believe the Authority is recovering from Garcia's leadership but it will take years.

The kindest explanation for Garcia's performance is gross incompetence. Others have looked at the publicly available information and pointed to how Garcia's mismanagement benefits his political backers.

I supported Jen Giattino long before Garcia decided to run for Council. I like what she has done as councilperson and she has a healthy attitude towards public service.

I ask that you also support Jen on November 3rd and at the same time reject a relic of the bad old days of Hudson County politics.

"Troubled" PHAS and Substandard Physical' condition report summary (The Physical Substandard reporting only goes back to 2011, but I have communication from HUD indicating the designation originally declared in December 2010)
http://portal.hud.gov/hudportal/documents/huddoc?id=phas_scores_3fiscalyrs.pdf
Page 170 (or search 'Hoboken') I count ~37 Authorities nationwide currently in Troubled status

(The supporting pdfs are also available at the jump below.)

The Hoboken Housing Authority has continued to uncover issues related to Carmelo Garcia's time as Executive Director. Below is the report of the Personnel Committed that I read into the record at the October 2015 meeting. The measures mentioned were all approved and the budget adopted, though as I say below there is much more to be done.

Last month, September we had a very productive meeting of the Personnel Committee with a large segment of the Housing Authority Admin staff.

Frankly what we heard was shocking even for the level of mismanagement we were aware of under the former Executive Director.

Needless to say morale is low. We, as a board, need to do better for our staff. We need a highly motivated staff to ensure this Authority runs smoothly and efficiently.

The list of what is being done is too long to enumerate here, but some of the work to fix these problems is underway and some will fall to the new Director. The Personnel has recommended some immediate actions that I hope the board will enact tonight.

1) We are awarding a bonus to the administration staff in recognition of the past year's challenges. And the new Director has been made aware that salary concerns are critical in the coming year.

2) We as a board will require a report of evaluations and updated job descriptions for the administration staff. This includes giving the Director the ability to reward exceptional performance from a bonus pool.

Lastly the acting interim Director has assured us he will pass on the cost of living increase in this year's budget.