Lane Bajardi: "Beth and I are going to own your condo!" 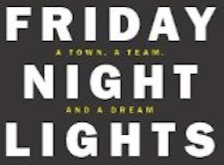 Although it's the Thanksgiving holiday weekend and the Horsey is on a vacation heading to Kentucky, people still often ask what was that lunatic frivolous lawsuit all about?

The answer is largely visible in episode three of our latest Friday Night Lights series, as Da Horsey reveals for the very first time a batch of emails filed in the original legal motion from August 2014 courtesy of Alexander W. Booth, re: the Godfather. The case was largely decimated here (but the SLAPPers were deaf to the realities of the case and followed with a demand of almost a million dollars from the three remaining defendants.)

One of the precursors to one eager frivolous SLAPPer is the testimony offered by former Hoboken Councilman Anthony Soares who recounted a bizarre encounter with Lane Bajardi. At an auction fundraiser years before the SLAPP-suit for a local Hoboken organization, Bajardi would approach and accuse Soares of putting a bid on a chair he and fellow frivolous SLAPPer Kim Cardinal Bajardi desired.

Soares took note of the chair and mockingly replied he would never have such a chair in his home. Bajardi responded with a threat foretelling his deeply held litigious desires and unique blend of vindictiveness and petulance the Hoboken public suffered in his never ending pathological obsession to foist Beth Mason on the Mile Square City.


"Beth and I are going to own your condo."

Soares found the threat bizarre and responded it was a very nice condo adding "What will your wife and Ricky (Mason) think?"

It's unknown what plans Lane Bajardi had for said condo with Beth Mason.

SUEZ WATER REPLACES BROKEN WATER MAIN IN HOBOKEN; TEMPORARY ROAD RESTORATION UNDERWAY
This morning, SUEZ Water emergency crews finished replacing the broken water main in Hoboken with a new 24 inch pipe.  Testing is currently underway to ensure the stability of the repaired connection.  Temporary restoration of the roads affected by the water main break has begun, and should be completed by Sunday night.  Roads will remain closed in southwest Hoboken until the temporary road restoration is complete.

Hoboken continues to successfully receive water from SUEZ through the backup Weehawken transmission line.  The water source to Hoboken could be switched back to the Jersey City connection later this weekend once the stability of the repaired connection is confirmed.

Restaurants and businesses in Hoboken remain open for business and are fully operational.

TRAFFIC AND STREET CLOSURES
Temporary road repairs have begun and should be completed by Sunday night.  This will allow for traffic to normally flow on streets in southwest Hoboken.  Until the temporary road restoration is complete, street closures in southwest Hoboken will continue.  Full milling and paving of the affected streets will occur at a later date.
Residents should continue to avoid streets in southwest Hoboken, and are encouraged to use public transportation or enter and exit Hoboken through the north.  Observer Highway will continue to be closed west of Henderson Street to Jersey Avenue, and Harrison Street is closed from Paterson Avenue to Newark Street. Jackson Street is also closed from Newark Street to Paterson Avenue.

BOIL WATER ADVISORY LIFTED
As a reminder, the boil water advisory has been lifted as of Tuesday afternoon in Hoboken.

CLEANUP IN SOUTHWEST HOBOKEN
The Hoboken Fire Department and Office of Emergency Management will continue clearing excess debris from the roads and sidewalks in southwest Hoboken affected by the water main break.  There is no longer excess water from flooding in the area.