Truth on trial this Friday in Beth Mason's allegations

The war against the First Amendment in Hoboken is not over. A remnant of the years long court determined frivolous SLAPP-suit will take place in a criminal allegation by Councilwoman Beth Mason against this MSV editor Friday morning.

Jersey City Municipal Court will conduct a trial on her allegation of assault with harassing intent, an envelope containing a piece of paper causing "alarm:" a witness subpoena in Bajardi v Pincus.

The trial originally set for May is finally reaching a culmination as a tool to leverage in the SLAPP-suit which didn't go as planned against a dozen Hoboken residents.

Mason attempted to use her criminal allegation in motion papers last year in Hudson Superior Court to avoid appearing as a witness on behalf of Lane Bajardi and Kimberly Cardinal Bajardi. The court ruled her lawyers' attempt to quash that witness suboena inert and the legal document handed to her valid.

In the motion papers, defendants noted over 7,000 emails obtained mostly connected to the heavy political activiites by the Bajardis with Beth Mason and her husband, Richard Mason of Wachtell, Lipton, Rosen & Katz.

The criminal assault isn't on a person; it's being attempted on the First Amendment. 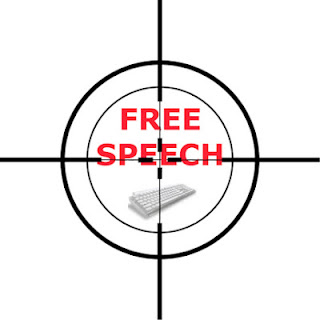 Related: Details of the case as reported earlier this year. Unlike the frivolous SLAPP-suit, Mason political operatives have not sung the same tune this time: