Sitting in "Pupie Park" a small area by Shoprite, Kurt Gardiner stated his case to John Heinis of the Hudson County View who filed this report.


Hudson County View spoke with Hoboken’s Kurt Gardiner about why he wants to be appointed to the North Hudson Sewerage Authority early this afternoon outside of the city’s Shop Rite.

Many expected prominent developer Frank Raia, a member of the NHSA board for over two decades, to get re-appointed to his seat at Wednesday’s city council meeting, but Gardiner has made things a little trickier by submitting a NHSA application last week.
Gardiner, a former freeholder candidate, said he wants to sit on the board to help address Hoboken’s flooding problem, as well as to ensure more transparency on the board.
He also believes that Raia potentially has conflicts with the NHSA due to business dealings he has with Frank Leanza, legal counsel for the board.
Gardiner concluded by stating this has nothing to do with plotting a future run for office or any other type of ulterior motives.

For the complete story see: http://hudsoncountyview.com/as-hoboken-council-vote-looms-gardiner-still-pushing-for-nhsa-appointment/

Related: An anonymous vs. anonymous war has broken out on Grafix Avenger's comment section. Arguments about City Hall reinstalling the very conflicted Frank "Pupie" Raia and his lengthy controversies (do we need to go back into the Vote-by-Mail shenanigans) and the "pragmatism" of doing a deal with the devil.

The mud is flying and it's the Reform mantle at stake. People are throwing bombs and someone will be proven correct after Wednesday night's City Council meeting. 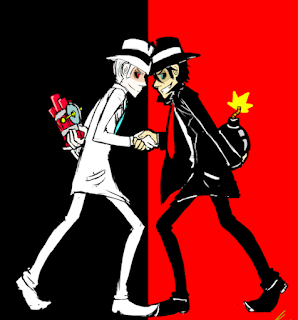